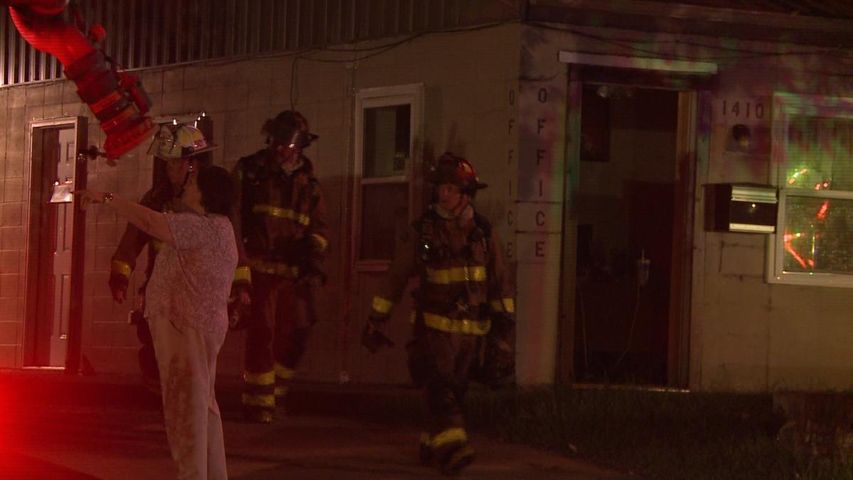 John Metz, spokesman for the fire department said around 15 units were on fire.

Firefighters say they believe the fire travelled through the communal attic space in the storage building. To attack the fire, firefighters had to use metal-cutting saws and bolt cutters to force entry into many of the storage units. Because of the difficult access issues, and many of the units packed tightly with personal property, it took fire fighters approximately 45 minutes to bring the fire under control.

Approximately eleven of the 51 units in the building sustained significant fire damage. Several additional units sustained water and smoke damage. The cause of the fire is not known and remains under investigation. Because of the large number and varying nature of the contents, the Columbia Fire Department is not able to determine a dollar loss estimate.

There were no injuries associated with the fire. Creasy Springs Road between the Business Loop and Texas Avenue was shut down for approximately three hours while fire crews were on the scene.