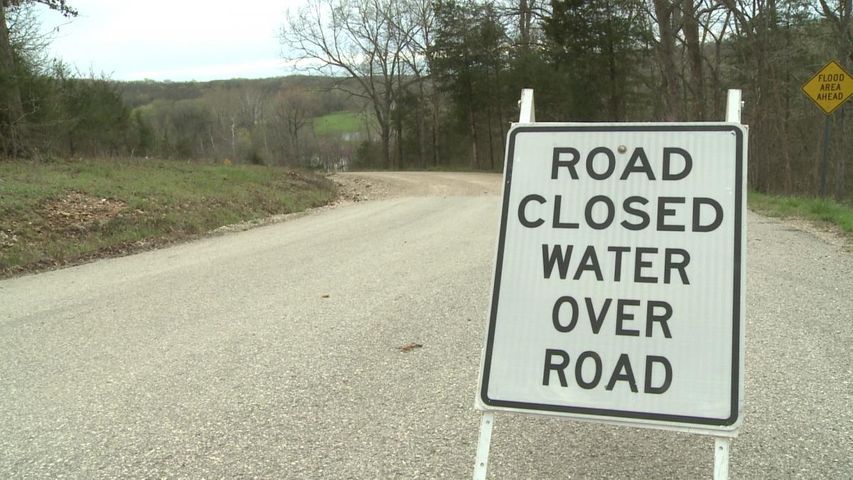 "We had a large rainfall come through Thursday night and Saturday morning," Cole County Public Works Director Larry Benz said. "It was causing more flash flooding and it got the ground soaked."

Benz said the county will work on Friday to reopen the roads. However, weather conditions don't look promising.

Cole County Resident Roger Emmerich said he drives down Loesch Road periodically to listen to the turkeys and explore nature. Emmerich said he lives next to one of the closed roads and sees many cars get stuck when it rains.

"There's a spot about 50 feet long that looks like the road just goes flat but if you don't know it, there's a dip in the middle of it that goes down," Emmerich said. "It's probably three or four feet deep."

Benz said it's not unusual to have this many roads closed at the same time.

"This is mainly just normal business for us after a rainfall," Benz said.

To get recent updates on the road closures, visit the Columbia Public Works website.

UPDATE: All roads except Meadows Ford Rd. have been reopened.