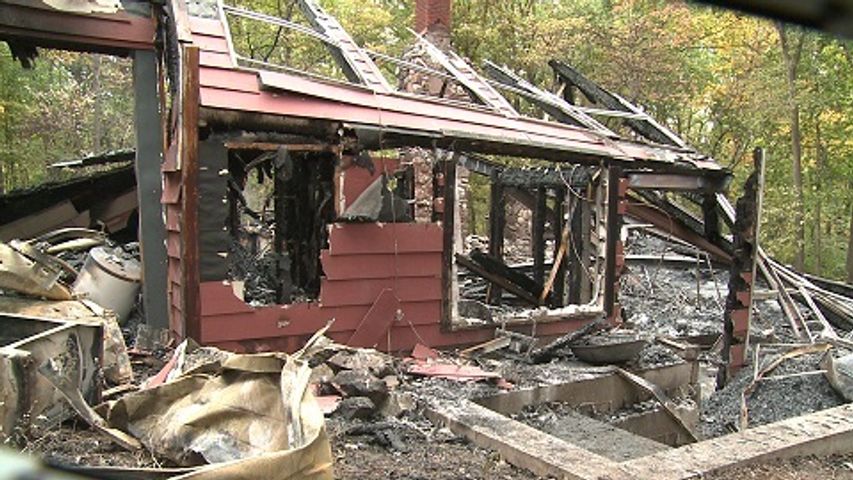 CALLAWAY COUNTY - While the Millersburg Fire Department continued its investigation into a fire that killed an unidentified Callaway County man Tuesday night, KOMU 8 News talked to one of his best friends, who called his death "unbelievable."

The neighbor would not release his name, but he said the man lived alone. "I just can't believe it," he said. He also said the man was in his fifties.

The friend said the man built the home from the ground up and that he was proud of it.

Another neighbor who has lived on the street for more than 25 years said there was an odd corellation between this home that burned down and the previous home on that plot of land.

"The previous house burned down because of a stove fire and some firemen told me this morning that this fire could have been caused by the same thing."

Fire officials have not determined the cause of the fire but they said they ruled out foul play as a possible reason.

Millersburg Assistant Fire Chief Jason Bedsworth also said the home was completely engulfed in fire by the time his crew arrived and it is a complete loss.

The fire broke out Tuesday at 10:26 p.m. on County Road 239. According to the Millersburg Fire Department, 15 fire personnel from Millersburg, North Callaway and Central Callaway Fire Departments arrived at the scene of the fire minutes after it was reported.