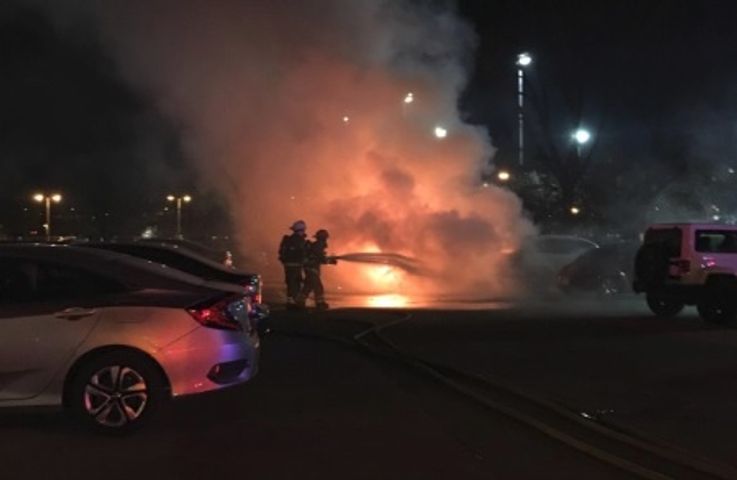 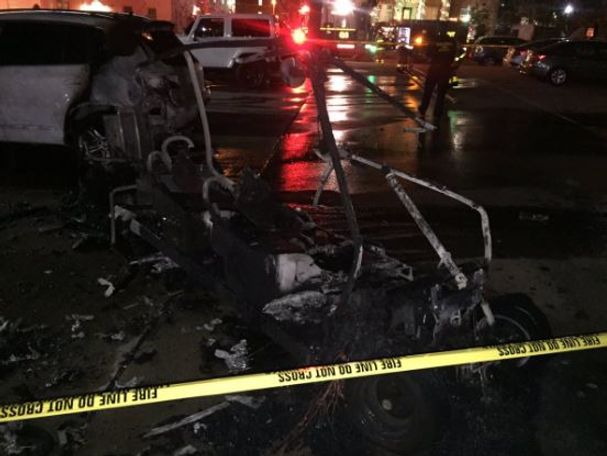 The golf cart was completely scorched once firefighters finally put out the fire.

COLUMBIA - A golf cart went up in flames Thursday night on the University of Missouri's campus, damaging two other cars.

The fire happened in the parking lot behind the Phi Gamma Delta fraternity house.

Assistant Fire Marshal Kyle Edwards, who conducted the investigation, found the fire started in the golf cart and spread to the two other cars in the lot.  Due to the extent of damage to the golf cart, an exact cause was not determined.

Witnesses said the driver parked the cart, and within seconds it caught fire.

KOMU 8 News spoke with one witness who saw the situation unfold.

"My friend Maddy, she started smelling smoke, and I looked over and it was on fire," Tara Thorpe, a resident of Greek Town, told KOMU 8 News. "I was like Maddy we gotta get out of here. It's about to blow!"

Editor's note: This story has been updated to include new information from the Columbia Fire Department.