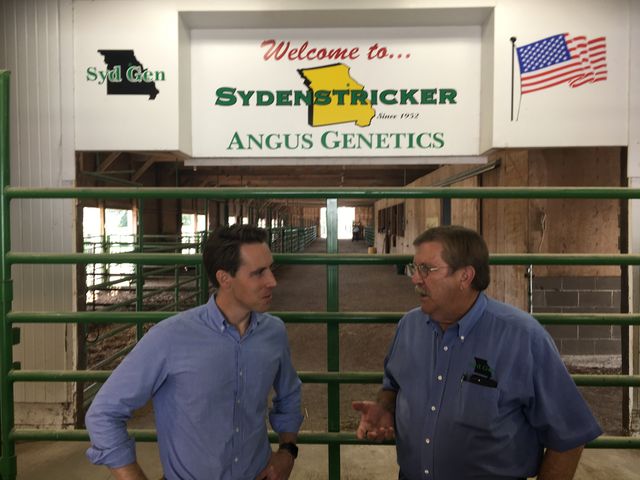 "Nobody is surprised. Claire McCaskill is now 0 for 6 on Supreme Court nominees since she started running for the Senate 12 long years ago," Hawley said.

He blamed McCaskill, Sen. Dianne Feinstein and the rest of the Democratic party for waiting to bring forward allegations of sexual misconduct made against Kavanaugh.

Christine Ford accused Kavanaugh of trying to remove her clothing while he was drunk at a party in 1982. Kavanaugh has called the allegations "completely false."

"While I think these allegations are disturbing and should be fully examined, I'm going to set them aside for purposes of making a decision because I want to look at just his record on issues that are important to this country," she said while campaigning in Lebanon and Cuba.

"We are in this situation for one reason only, and that's because Sen. Diane Feinstein and the Democrats deliberately withheld this evidence until it would create a circus atmosphere and that is exactly what they have done now," Hawley said.

Hawley believes Ford should have the right to testify and that the process should move along quickly.

"I can't believe we are at this point in this nomination process. For months now, the Democrats have sat on these allegations," Hawley said. "These things are very difficult for the women and if she wants to testify in private I think that's fine. But there needs to be the hearing, and then we need to move forward."

"I continue to support Judge Kavanaugh until otherwise, until there is actually some proof of these allegations."