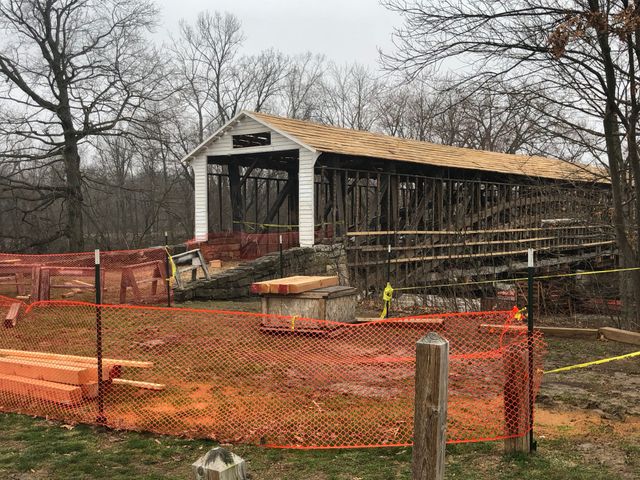 After rainfall caused water levels to rise nearly 21 inches yesterday, many residents and officials began to fear that the 147-year old bridge was meeting its end. But after a night of worrying, Hoffman said the bridge is okay.

"As long as we don't have any high water again - to where trash and debris would come down the river and actually hit the bridge and take it out - I think we're in pretty good shape," Hoffman said.

Nearby residents continued visiting the bridge Wednesday. Many said they were happy they didn't have to say goodbye.

"It's the greatest day of my life thus far," said Verlena Clinton, a resident who's lived close to the bridge for over 70 years. "It's a piece of history that we can not replace or repair."

According to the Missouri State Parks website, the bridge is one of the four remaining covered bridges in the state and was built in 1871. It is on the National Register of Historic Places.

The bridge is currently being renovated. Sheriff Hoffman said contractors will consider the bridge's stability when renovating.

"I don't think [contractors] were expecting water of this magnitude to come through there," Hoffman said.

The sheriff couldn't say what specific measures would be taken or when the renovations are expected to be finished.

Once renovations are complete the bridge will be reopened to the public.