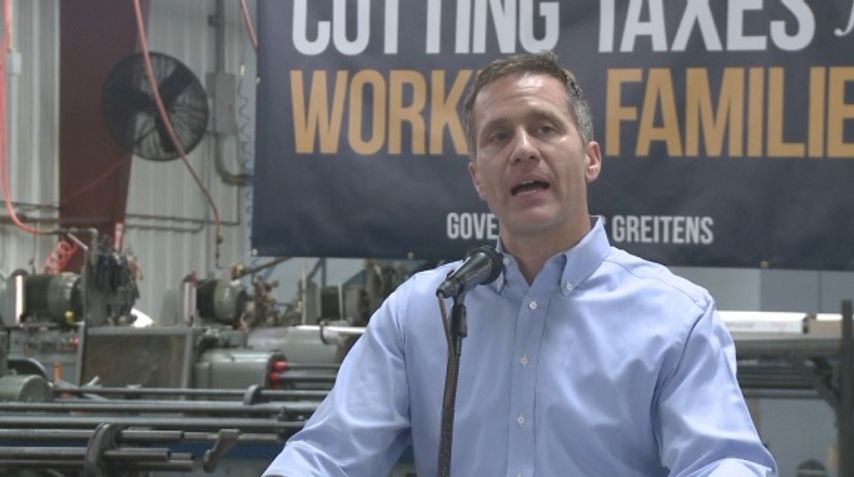 JEFFERSON CITY — A Missouri House panel that had been investigating former Gov. Eric Greitens reversed course Wednesday, dropping its attempt to get records related to a nonprofit group that supported him.

A judge had originally scheduled a Thursday hearing on whether to continue enforcing a House subpoena. The subpoena sought records from Greitens' campaign and "A New Missouri," in light of the former governors' resignation last Friday.

That hearing was canceled Wednesday night after an attorney for the House committee notified Cole County Circuit Judge Jon Beetem it was withdrawing its request to enforce the subpoena.

A New Missouri was created to promote Greitens' political agenda as governor. Critics called the group a "dark money" organization, because A New Missouri is allowed to conceal the identities of its donors.

Greitens had been facing potential impeachment proceedings in the House when he announced his resignation. His departure was part of a deal with a St. Louis prosecutor to drop a felony charge alleging he illegally used a charity donor list from a separate nonprofit, "The Mission Continues."

The text of that agreement had been released last week with two sections redacted from public view.

On Wednesday, St. Louis Circuit Attorney Kim Gardner released the complete version of the agreement, including the clauses that were previously redacted.

Of the two redacted clauses, the first required Greitens to acknowledge the validity of the case against him. The second clause said the agreement would stay hidden unless Greitens committed a new offense or made public comments contrary to his acknowledgement.

Greitens still faces the possibility of other charges. A special prosecutor has not yet decided whether to refile a previously dismissed invasion of privacy charge. The charge accused Greitens of taking and transmitting a nonconsensual photo of a partially nude woman, whom he had an affair with in 2015.

The former governor has acknowledged the affair, but has denied criminal wrongdoing. He has not directly answered questions about whether he took the photo.