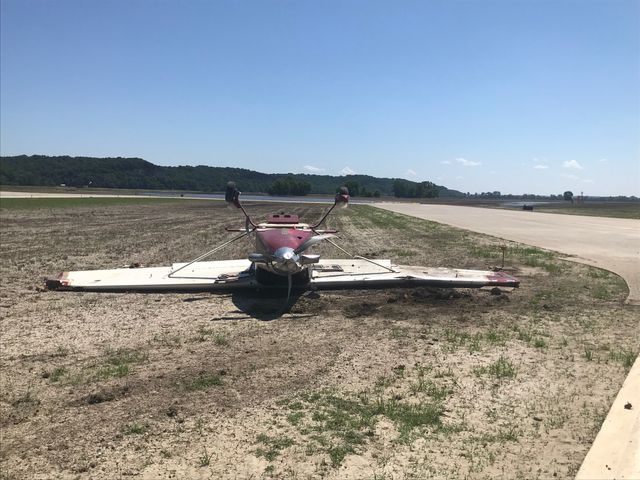 JEFFERSON CITY - The runway at Jefferson City Memorial Airport is back open after a small plane overturned Saturday morning.
The single-engine Comp Air overturned just after 11 a.m., JCFD officials said in a news release. Firefighters found the plane about 10 feet off the runway.
The pilot got out of the plane uninjured before responders arrived, officials said.
Crews immediately shut the runway down and diverted incoming planes to nearby airports. The runway was back open by 2:30.
Assistant Jefferson City Fire Chief Tim Grace said the crash was caused by strong cross winds striking the plane while the pilot was practicing touch and go landing.
An airport employee told KOMU 8 News the plane is most likely tot
The incident is being investigated by the Federal Aviation Administration.