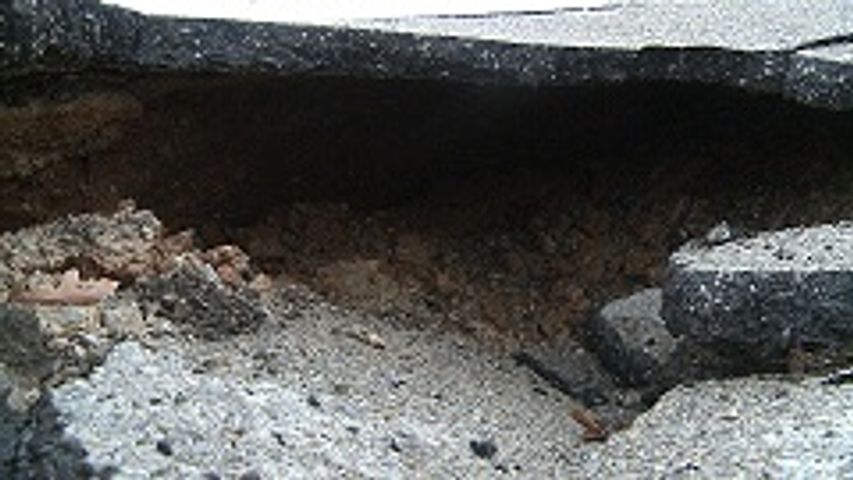 LAKE OZARK - Lake Ozark Public Works is still working to determine the cause of a sinkhole that developed over the weekend in the middle of Valley Road.

KOMU 8 caught up with Steve Atteberry, who works at Jacobs' Cave near Versailles and may have an idea. Atteberry has worked with the Missouri Speleological Survey and said the mystery of where a sinkhole leads intrigues him.

"Everyone wants to know where they go," Atteberry said. "They're pretty common in this area. It's a big karst area, a lot of rock that has caves in it, and occasionally these caves collapse inward."

Karst topography forms when underground water interacts with limestone, which can lead to the formation of caves and a rough ground surface. Atteberry said sinkholes in Missouri are often caused by the collapse of caves.

However, Atteberry could not identify karst topography in the vincinity of the Lake Ozark sinkhole and said it does not likely lead to a cave. Atteberry said the sinkhole may be caused by leaks in the underlying water infrastructure on Valley Road.

Valley Road will remain closed to traffic this week until the sinkhole is repaired, but Lake Ozark residents will be able to access businesses from the Northeast side of Bagnell Dam Blvd.