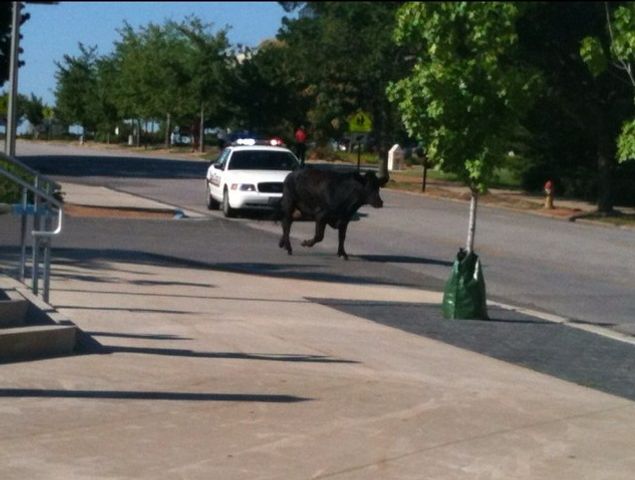 COLUMBIA - The man who was injured when a steer broke loose Tuesday is in serious condition at University Hospital.

John Brune, the father of the steer's owner, was injured when he tried to gain control of the steer. Media relations coordinator for University Hospital Jeff Hoelscher said he could not describe Brune's injuries, but said they were serious.

University of Missouri Police Officers shot the steer as it roamed free around parts of campus for almost an hour Tuesday morning. The owner of the animal, Duane Brune, took it to the College of Agriculture, Food and Natural Resources' facility for slaughter, but the steer escaped.

MUPD Captain Brian Weimer said the department's protocol is to stop incidents that endanger the campus and the community. Weimer said, "We tried to contain it. If that's not possible, you try to stop it in other ways. It's a last resort. You've seen what happened today. We had to shoot the animal to stop it."

Update: MUPD Shoots Steer After It Runs Over A Man