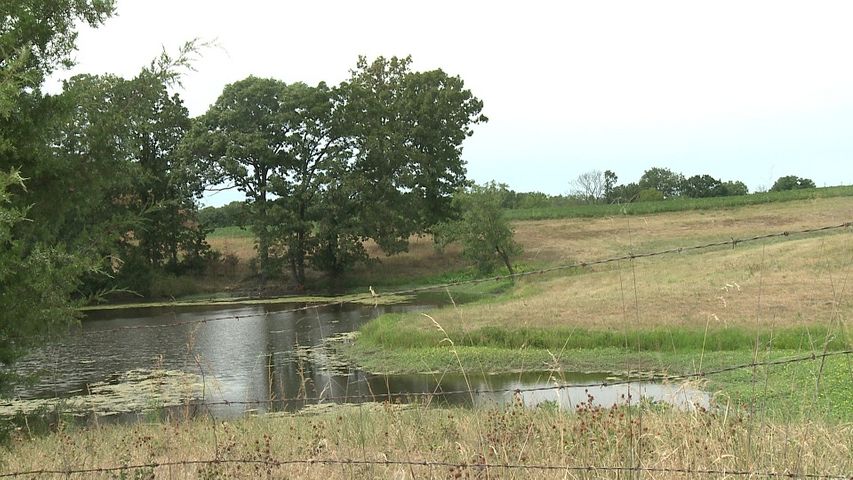 SALINE COUNTY - Volunteers found the body of a missing 18-month-old girl early Sunday after her mother showed up at a house near the Blackwater River and later told authorities she remembered leaving her daughter near a "creek bank."

According to a media release from the Saline County Sheriff's Department, the mother was missing since Thursday. She alerted a resident of the home and authorities that her daughter went missing at about 11:30 p.m. Saturday. This prompted a search for the toddler. Saline County Sheriff Wally George said in a media release he issued a call for volunteers via KMMO radio to search for her at about midnight Sunday.

Mick Kreisel lives near the area volunteers searched.  He ended up participating in the search himself. Kreisel said about 50 volunteers helped. "It was very somber... it was 2 a.m. and people didn't say hardly a word," Kreisel said. "Everyone kind of knew... what the outcome was going to be because it had been 48 hours since they had gone missing."

Kreisel and the sheriff's department estimated volunteers found the girl's body within about an hour. Kreisel also said she was found lying on her back and looked peaceful.

The sheriff's department said the woman disappeared Thursday in connection with a stolen pickup truck. The truck was later found abandoned in a field near where volunteers discovered the toddler's body.

"We knew the truck because we had owned the truck at one time, so when we called the owner they said the truck had been stolen that day... so [the sheriff's department] put two and two together," Kreisel said.

The sheriff's department said the woman's family contacted authorities, and they searched for her Saturday until she showed up talking about her daughter.

Officials have not yet released the woman's name. Kreisel told KOMU 8 News he believes she is part of the Iliff family that helped search, though he does not know if that is also her name.

The sheriff's department has not filed charges and said the woman is being treated for dehydration at an area hospital. KMMO also said she suffers from schizophrenia.