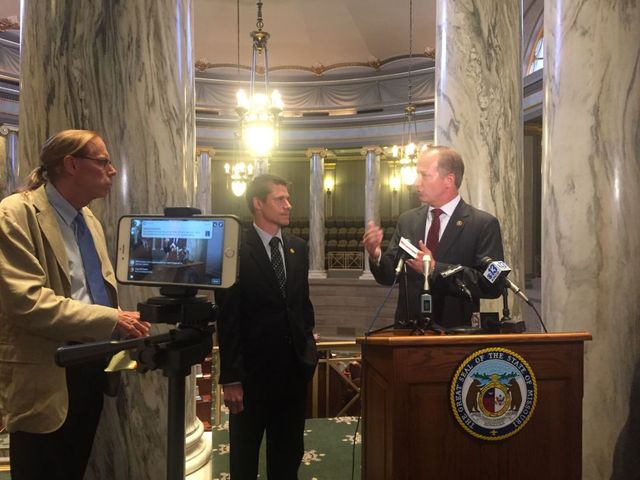 JEFFERSON CITY (AP) — Missouri lawmakers have passed legislation to impose new regulations on abortion and give the attorney general the authority to prosecute violations of abortion laws.

Senators on Tuesday voted 22-9 in favor of the measure, which includes stricter requirements passed by the House more than a month ago.

If signed by Republican Gov. Eric Greitens, the bill will require annual inspections of abortion clinics by the state health department and make it a crime for abortion clinic staff to ask ambulances to respond to the clinics without lights or sirens.

Earlier in the session, Sen. Jason Holsman, D-Kansas City, offered a motion to hold a conference with the House. In an exchange with Sen. Dave Schatz, R-Sullivan, Holsman voiced concerns.

"All we are asking is, the things you've previously supported, give us a chance to discuss it in a conference with the House," he said.

The bill's sponsor, Rep. Andrew Koenig, R-Manchester, said he is happy with the final vote.

"This bill will protect the health and safety of women across the state," he said. "Common sense measures, annual inspection, 72-hour waiting period requiring the doctor to then form consent, is something that’s common medical practice."

"This special session has been a costly, irresponsible and unnecessary exercise in legislating abortion restrictions," said Bonyen Lee-Gilmore, the Communications Director for Planned Parenthood Great Plains. "This bill only aims to restrict access to safe, legal abortions. It has nothing to do with patient health and safety, adds medically unnecessary restrictions, and it politicizes the enforcement of abortion laws."

Greitens has indicated he supports the version that's now headed to his desk.