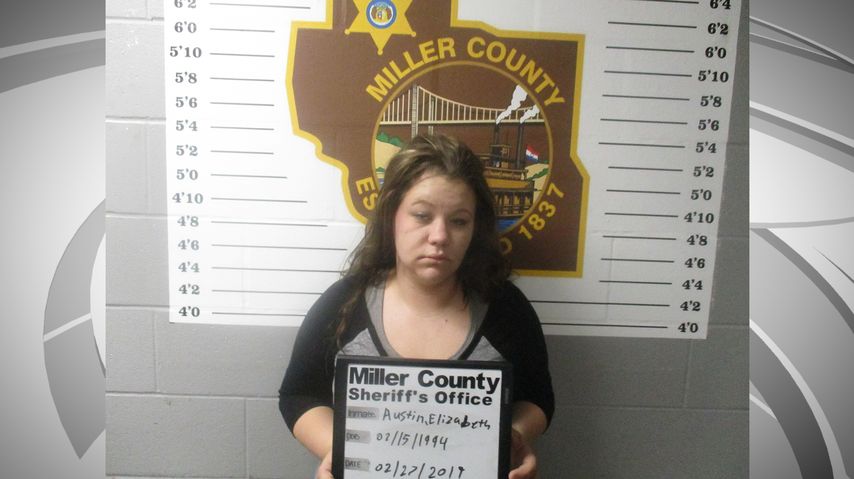 MILLER COUNTY - The Lake Ozark Police Department said the mother of a severely scalded infant told officers she left the baby in a bathtub while she tried to deal with her 4-year-old son, who was walking around their apartment with a knife.

Austin is charged with endangering the welfare of a child, as well as drug possession.

Some of her family members contend she is being targeted by the county.

"She's a good mom and she should not be in jail," Crystal Austin said.

Elizabeth Austin told police that, after she left the bathroom with the water running, her 2-year-old daughter pushed the faucet to hot, according to a probable cause statement.

"Elizabeth heard a scream from within the bathroom and walked in the bathroom; where she found the baby underneath the water," the statement said.

When she removed the baby from the bathtub and made a bottle, she noticed the baby's skin was red and peeling off, according to the statement.

"So water was coming out of the tap at almost 130 degrees," Launderville said.

"There is no way in the world, that that water should have been that hot," Crystal Austin said.

The baby was airlifted to a Kansas hospital with burns on 33 percent of her body. She was placed on a ventilator and tested positive for amphetamines, the probable cause statement said.

Launderville said the scene was hard for some of the officers because, when they arrived, they didn't know if they baby was alive or not.

"Anytime you have 6-month-old baby its hard, whether its any kid its hard," Launderville said.

When police searched Austin's residence, an officer located a substance that later tested to be a methamphetamine, according to the statement.

The mother's family said Austin's ex-husband was a drug user and they think the drugs found in her apartment could be his.

"I don't believe its hers, if she knew it was here why would she let the police search her house freely," Crystal said.

The Missouri Family Support Division was involved in the investigation of the residence and found grounds to remove the children, the statement said.

Crystal Austin said she and other family members are currently trying to get custody of the three children. They said they aren't able to go to the hospital to see the baby.