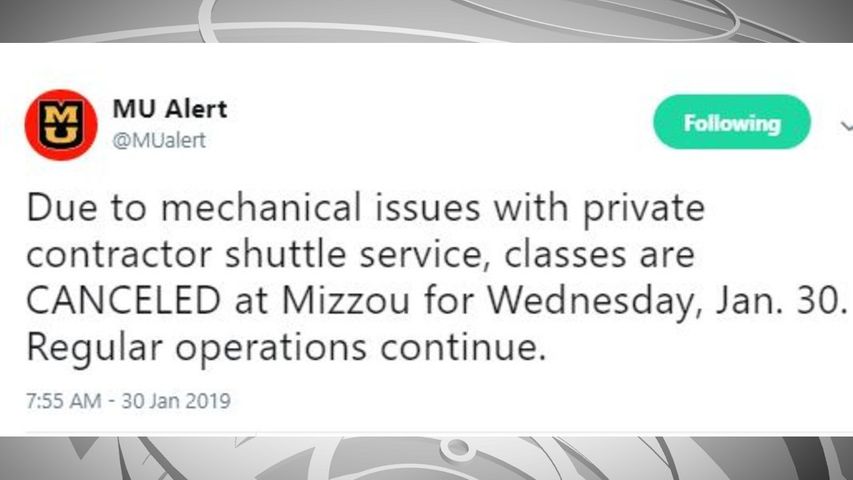 COLUMBIA - MU classes were canceled last minute on Wednesday due to mechanical issues with a private shuttle service.

MU spokesperson Christian Basi said Green Way, the shuttle contractor, notified MU around 7:30 a.m. that the company was experiencing severe mechanical issues due to the weather.

"We had no choice at that point because we knew that thousands of students would not be able to get to campus and go to classes in a safe manner," Basi said.

The university had previously said it would not change operations despite the single-digit temperatures and sub-zero wind chills forecasted.

The rest of campus operations continued as normal on Wednesday.

Some MU students, like Halle Byous, were left waiting outside in the cold after their bus, operated by Green Way Shuttles, didn't show up.

"I was kind of worried because I was worried this kind of thing could happen," Byous said.

She said she received a text from her apartment complex at 7:10 a.m. stating that busses would not be running.

"I didn't want to risk getting in my car, and having my car not work," Byous said. "I just decided not to go."

Byous said it's understandable the busses had problems.

"I know my little car doesn't like to work when it's cold out, so I'm not surprised that a huge bus wouldn't work," Byous said.