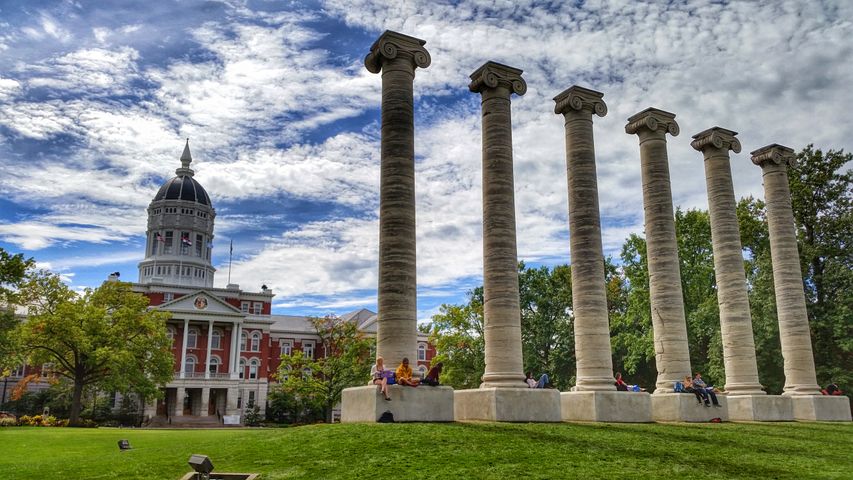 COLUMBIA - The UM Board of Curators on Wednesday approved the highest tuition increase in the system's recent history, effectively 5%.

UM Curator chairman Jon Sundvold says the university has tried for years to keep the cost of tuition low.

"We are very aware of the effect of tuition increases on our students and have worked very hard over the past two years to keep the costs of college under control," he said.

Students at the university said they understand tuition has to go up, but they had no idea it was happening.

Sophomore Emily Zell said, “If they use the money for good things, I’m on board. But, obviously, not pumped to pay more money.”

The average increase per student is expected to be around $450. Sophomore Rebecca Parker said she will have to change her budget now.

"I know there are a lot of people that know its not an easy thing to do,” she said.

MU spokesperson Christian Basi said the university has been doing very well on cutting cost in the past years.

According to documents published on Monday, the increase is actually 5.6%, but a 0.6% waiver would be applied as long as MU receives state funding at or above the levels received in Fiscal Year 2019.

Basi said the university has been very lucky with state funding.

"The state has been very generous and we've been very pleased and appreciative of the work of the state legislature that has passed a budget that would remain flat for next year, so we did not receive a cut this year," he said.

Basi said, even with the flat state budget, the tuition hike is needed.

"As inflation continues to rise, as we have seen as in other costs, we feel that we have to make these adjustments," he said.

"Students who live on campus next year will experience, I think, about 1 to 2% decrease in housing rate, so when you couple that with the increase in tuition, they may not necessarily experience a five percent net increase, it may be more like 3 or 3 and a half net increase," Basi said.

Not all students will be affected. Sophomore Katrina Shackie said the room and board decrease is only good for some students.

"That’s great for freshman, but that doesn’t help those who live off campus," she said.

Students who live off campus may also avoid the 5% net increase in cost.

"They will see that increase in tuition, but the other thing that they will be able to take advantage of are the changes in our textbooks costs, they may see, if they are taking advantage of any of our meal plans, those plans are decreasing," Basi said.

Although other plans are decreasing, Shackie feels the tuition increase isn't fair to all students.

"If you are going to make it cheaper for some and raise it for everyone, that doesn’t balance out," she said.

Damon Tatum, a freshman, said, despite scholarships and on-campus living, he does not approve of the increase.

"I feel like my parents, they will be kind of on edge paying more tuition and I just feel like we're already paying enough," he said.

The change in tuition will start in the Fall of 2019.