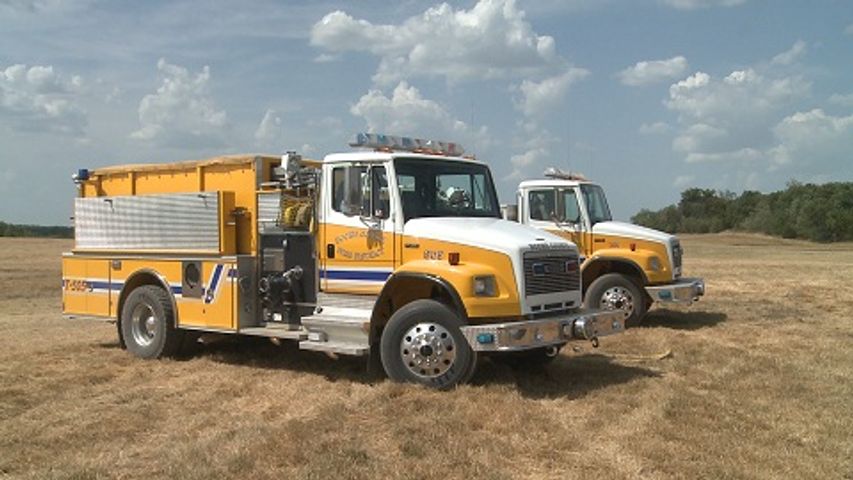 BOONE COUNTY - Boone County fire crews were busy fighting another fire near Finger Lakes State Park Wednesday, at least the fourth in the last week.  The fire burned about 20 acres of Missouri Department of Conservation land.

The cause of the fire is unknown, but firefighters believe it is a rekindle of the first fire from last week. Boone County Fire Protection District Batallion Chief Gale Blomenkamp said the old landfill has made the area prone to rekindles.

"Any time you're on top of an old dump, you do have void spaces and you do have cracks in the ground because it is so dry," Blomenkamp said. "And so fire can get in there and travel along those cracks, and... seek their own oxygen. And then it pops up somewhere else."

Fire crews worked into the evening to extinguish hot spots, but say the fire is 100 percent contained.

Blomenkap said it will take nearly two consecutive days of rainfall to bring wildfire risk levels back to their normal level, and that his fire district is prepared for future wildfires.