UPDATE: One dead, one injured in I-70 crash 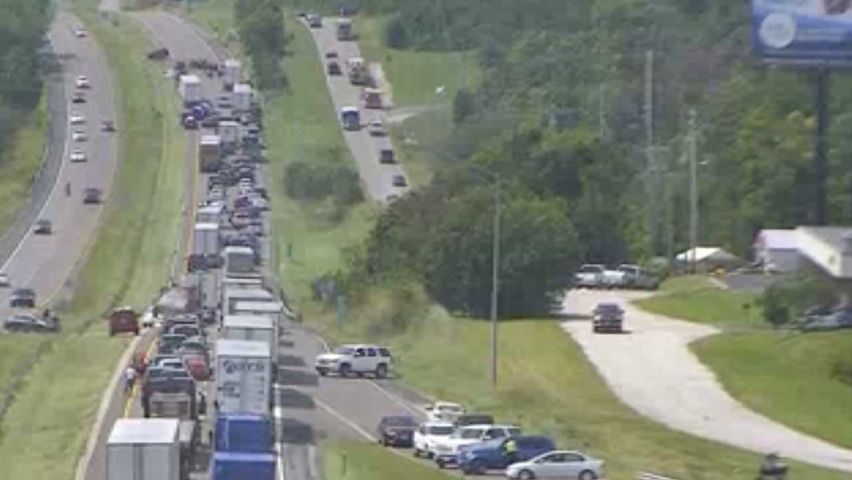 COLUMBIA - Columbia police are investigating a crash on I-70 at Stadium Boulevard on Saturday afternoon that left one person dead and another injured.

Michael May Jr., 42, from Breckenridge Hills, was driving west on I-70 when the car traveled off the right side of the highway and hit a rock outcropping, according to a news release from the Columbia Police Department. The car flipped onto its side at the scene.

May, who police said was not wearing a seat belt, was ejected from the vehicle. He was pronounced dead at University Hospital. His passenger, Renee May, received minor injuries and was able to remove herself from the vehicle.

While the crash was being cleared, traffic on Westbound I-70 was at a standstill. The crash happened around 1:20 p.m.

The car has been towed away and authorities are starting to clear. Both WB lanes are open but moving slow. @KOMUnews pic.twitter.com/hiLd4v1Wly

Here’s a better look at the car. Currently being loaded on a tow truck. @KOMUnews pic.twitter.com/ZUziYoYuio

BREAKING: Major crash has WB I-70 at a standstill just west of the Stadium Blvd. exit. Drivers have even gotten out of their cars. @KOMUnews pic.twitter.com/kSMnZxhAJA

Kind of hard to see but it looks like a car is on its side. One lane of westbound traffic is starting to move. @KOMUnews pic.twitter.com/p3cW7RpctP