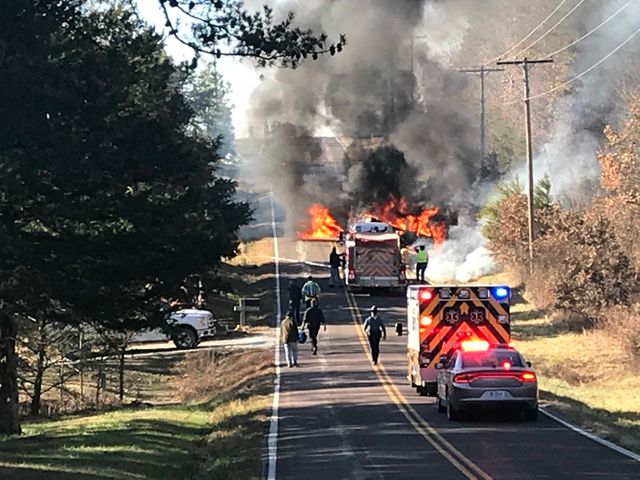 NEW BLOOMFIELD - A two-vehicle car wreck Saturday left one dead and two others injured, according to the Missouri State Highway Patrol.

When KOMU 8 arrived to the scene the majority of the fire had been put out, but puffs of smoke were still rising from the vehicle. State troopers and both the New Bloomfield and Southern Boone County fire departments were assisting in putting out the fire and clearing the crash.

Traffic was held up for several hours on the stretch of road.