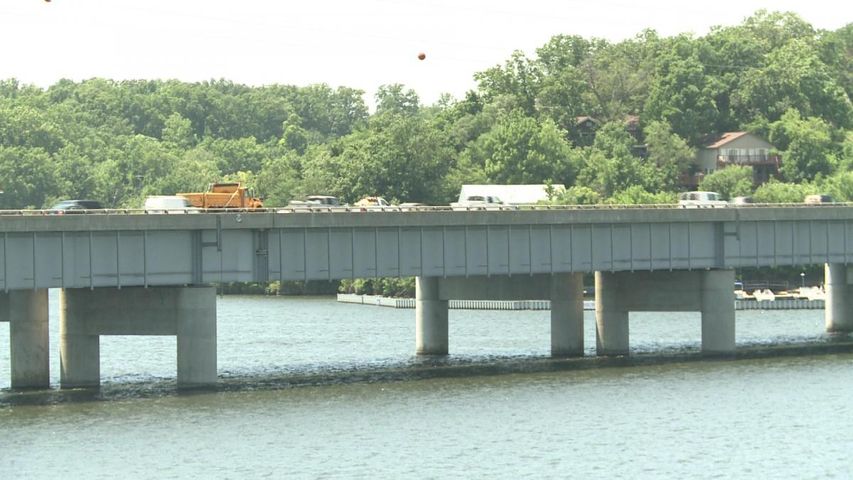 OSAGE BEACH - The Grand Glaize Bridge is clear Thursday morning after approximately 100 gallons of diesel fuel spilled onto it Wednesday. An officer with the Osage Beach Fire Department said Thursday that there's nothing to worry about in the water. He said the water is safe for boaters and lake-goers.  They do not need to stay away from Grand Glaize Bridge.

On Wednesday, the fuel spill on U.S. Highway 54 stopped traffic going westbound for two to three hours and narrowed the two-lane highway to one lane.

According to the Osage Police Department, a portable fuel tank fell off the back of a logging truck after a strap came loose. The spill spread approximately a quarter of a mile down the left lane of westbound U.S. Highway 54.

MoDOT personnel, Missouri Highway Patrol, Hazard Material crews and local authorities were out on Grand Glaize bridge until late afternoon Wednesday cleaning up the spill. Sand was brought in from Camdenton to absorb the diesel fuel on the road.

Although fire crews believe little to no fuel spilled into drains that lead to the Lake of the Ozarks, they took precaution and notified the Department of Natural Resources. DNR said it was not getting involved in the spill because they believe no diesel fuel made it to the water.