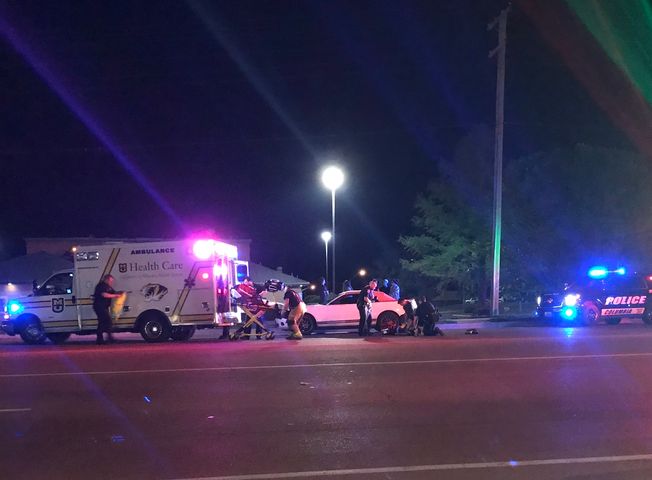 COLUMBIA - A pedestrian was hit by a car near the intersection of Clark Lane and Creekwood Parkway, according to a witness who sent photos to KOMU 8 News.

Samuel Baldwin said the man was lying face down on the street with his shirt pulled up and his shoes half off.

"It was kind of scary and surprising to see a man in the middle of the street. It was sort of horrible actually," Baldwin said.

Columbia Police said a 19-year-old man was driving a Ford Mustang when he hit the 20-year-old male pedestrian, who was crossing the street. The pedestrian was taken to the hospital with serious injuries. It happened around 9:30 p.m.

A 17-year-old female was a passenger in the Mustang. Neither she nor the driver were injured.

[Editor's note: This story was updated to include information from the police press release.]

The Latest: Rezabek to face Luetkemeyer in 3rd District