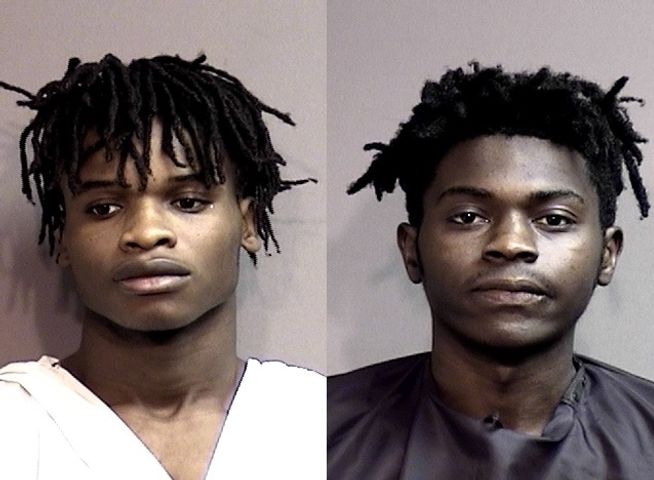 COLUMBIA - Prosecutors filed formal charges Wednesday against two men in connection with the shooting death of a 14-year-old Tuesday morning at the Links apartment in east Columbia.

Police identified the victim as 14-year-old Nasir Smith of Columbia.

Alex Glay, 20, and Erick Libimbi, 20, both from Columbia, have each been charged with second-degree murder and delivery of a controlled substance.

Officers said they got a call around 11 a.m. and found two men outside. Smith died at the scene; the other was taken to a hospital with non-life-threatening injuries.

According to court documents, Smith contacted Glay looking to buy marijuana. Glay told him he didn't deal drugs anymore, but invited Smith to come to his home at The Links to smoke marijuana together. Smith and three others joined Glay and Libimbi, and Glay apparently told Smith Libimbi might have some marijuana to sell.

The probable cause statement sat at some point during the transaction, Smith and the unidentified others got suspicious. One of them started shooting, and Libimbi apparently returned fire. Glay told police after Smith and the others left, he and Libimbi found Smith outside dead.

According to the statement, Libimbi told police the drug deal had been between Glay and one of the unidentified others. During that deal the unidentified person pulled a gun to try and rob Libimbi and Glay. At that point, Glay ran, and Libimbi was shot. He said he shot back one time, and later found Smith outside dead.

Police found marijuana in several places around the apartment, along with shell casings and bullets. Officers recovered two guns hidden in the grass outside, and said Libimbi identified one of the guns as the one he used.