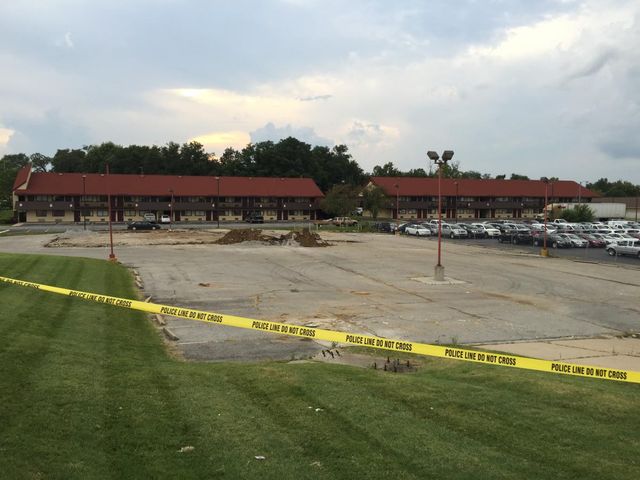 COLUMBIA - Employees with the Red Roof Inn in Columbia alerted police Monday night of a potentially explosive device found near the property. Police later confirmed the device was capable of of doing damage.

Kris Martin said he found the device at a construction site and brought it to the Red Roof Inn where he is staying.

"I picked it up and couldn't let it go because I thought of you and every body else around the world and all the kids. And I didn't know if someone would light it, and it go boom so I turned it into the office, and I told them they needed to turn this into someone," Martin said.

The front desk of the Red Roof Inn called police at around 5 p.m. Staff also set off fire alarms to evacuate the building.

A robot that studies bombs entered the building at around 7:45 p.m. The robot brought the explosive device out of the motel and police rendered it safe at 8:30 p.m.

Red Roof Inn guests are now safe to re-enter the building for the night. @KOMUnews

Police rendered the bomb's safe so that the area was safe. @KOMUnews

Just heard an explosion. One officer confirmed it was most likely the bomb @KOMUnews

The robot is now out of the building. @KOMUnews pic.twitter.com/9dS0c0CH7u

The robot has just entered the building to inspect the bomb device @KOMUnews pic.twitter.com/PHk9mgoaj5

Editor's Note: This story has been updated to include the most current information.