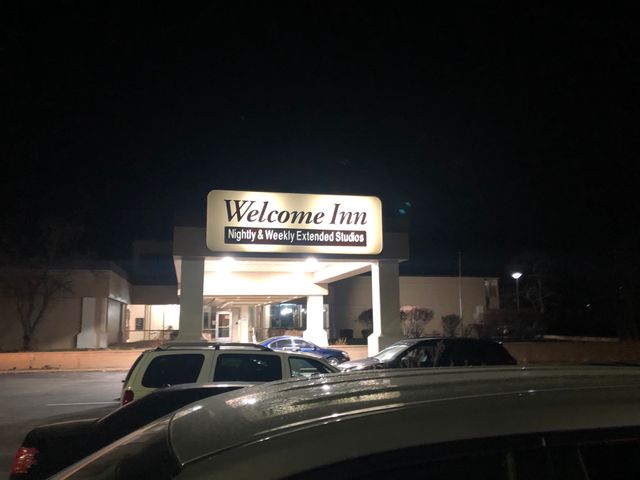 COLUMBIA - The Columbia Police Department confirmed it was conducting a homicide investigation after a shooting at the Welcome Inn on North Providence Rd. early Tuesday morning.

Police confirmed officers found 36-year-old Marceino Carlous Moore, of Columbia, unresponsive with a gunshot wound in a car in the hotel's parking lot just before midnight.

Authorities have not yet located a suspect.

Officers could be seen investigating a beige SUV in the hotel parking lot. There were also officers at the I-70 Eagle Stop on North Providence Rd.

Police had the SUV towed away from the scene around 5 a.m.

Nearby neighbors and business owners said they were concerned that it happened so close.

One business owner near the hotel, who wanted to remain anonymous, said crime at the hotel has begun scaring customers away. He said he is afraid people are beginning to associate the area and its businesses with crime.

"I hope city council or somebody will step in soon," the business owner said.

Most recently, a couple was accused of sex trafficking out of the hotel. In 2018, Renee Collins pleaded not guilty to sex trafficking her daughter, who had mental disabilities.

Collins' boyfriend, William Thomas Jr., also pleaded not guilty to his charges of rape and attempted rape. The girl was taken into protective custody.

One woman, Debbie Graves, who lives near the motel previously told KOMU she sometimes doesn't feel safe in her neighborhood.

“My door stays locked 24 hours a day, and it’ll be like that for as long as I live here," Graves said. "You can’t even let your kids play outside anywhere.”

Back in May 2017, 34-year-old Jaclyn A. Rose pleaded guilty to the murder of Gregory J. Moore.

Moore was found dead, by himself, in a room with apparent gunshot wounds.

In April, KOMU also conducted a Target 8 Investigation that discovered more than 16 sex offenders were living at Columbia's Welcome Inn.

The Target 8 also found this was within 1,000 feet of some child day care centers.