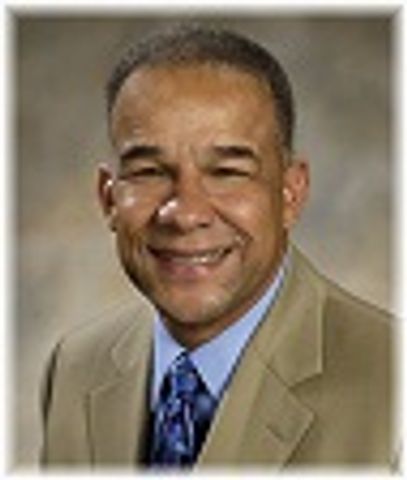 COLUMBIA -The St. Louis chapter of the Council on American-Islamic Relations joined with civil rights and academic groups Wednesday to protest against MU's interviewing of former Army Colonel Larry James.

James is one of two finalists for the MU College of Education division executive director position.  According to the search committee, James and another candidate were selected as finalists because their leadership and management experiences matched the desired qualifications for the open position.

Protesters gathered Wednesday morning at the MU Student Center to discourage MU officials from hiring James because of his past.  James spent 16 months during two stints in Guantanamo Bay overseeing interrogations at the U.S. military detention center. Protesters claim James witnessed sexual humiliation of a man who was forced to wear women's underwear. James said he stopped the specific instance after a five-minute coffee break.

One MU student, Aamer Trambu, said, "I'm a Mizzou Tiger and I'm proud of it and we stand for respect, and that's important, and that's what values we are all here about.  Today, we are here and we are addressing our issue with respect but I'm bringing up respect because of quotes mentioned by Dr. Larry James in his book."

Trambu said when James was confronted about these quotes, he didn't apologize or refute what he had said.

MU College of Education Dean Daniel Clay refused to speak Wednesday about James, but wrote in a statement Feb. 1, "The search committee was aware of the allegations against James and investigated those allegations thoroughly.  He has not been sanctioned for any professional or ethical misconduct by any state or appeals court, or any licensing board or accrediting body."

But the execute director of Cair St. Louis, Faizan Syed, said, "We believe that because of his background, because of his ethics that he has done in the past at both Guantanamo Bay Prison and along with his professional life, that he is not a suitable candidate to be working here at Mizzou."

James currently works as the dean of the School of Professional Psychology at Wright State University. He served in the military for 22 years, retiring as a colonel and was awarded the Bronze Star and the Defense Superior Service Medal. If hired, James said he plans to recruit and support student veterans and open a research center focusing on gun violence in schools.

A decision on who will get hired for the position will be made at the end of the month.