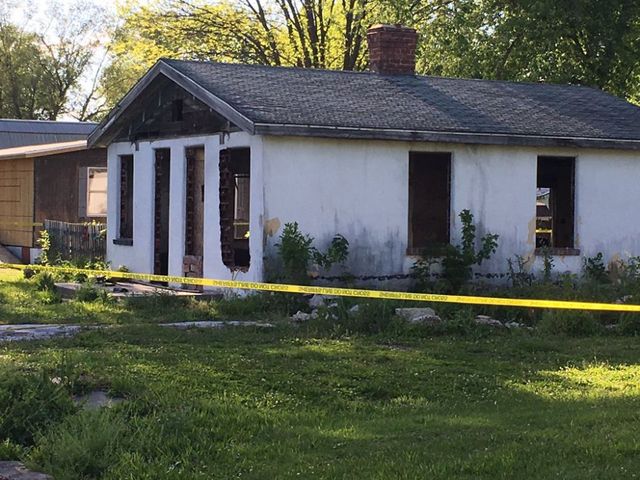 An abandoned house in Vandalia is cordoned off by police tape after unidentified human remains were found. The building, on Limit Street, is owned by John Lue, who was taken into custody.

VANDALIA — The human remains FBI found in an abandoned house in Vandalia in early May have been identified as Jennifer Middleton.

Authorities said the body had been buried in the building for quite a while before it was found. The Missouri State Highway Patrol said Middleton had been missing for around two years.

"It was a big puzzle spread over a lot of area, and we were able to put it together with the departments we have," said Christopher Hammann, Vandalia police chief. "And that's what led us here."

No one lives in the house where her body was found, but property owner John Lue, the property owner, has been charged with abandonment of a corpse.

Hammann said the Vandalia Police Department worked alongside the Audrain County Sheriff's Office during the investigation, which also involved agents from the FBI.