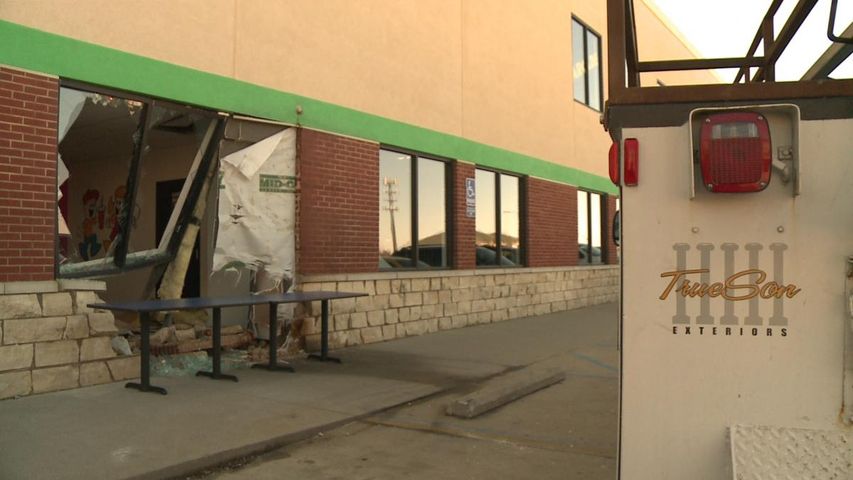 COLUMBIA - Repairmen have finished collecting the debris from Friday morning's car accident at Going Bonkers and put up a temporary barrier where the large hole in the wall used to be. The incident happened when an elderly driver lost control of her car and crashed through the front wall of the family fun center's dining area. Fortunately no one was injured, including the driver and her passenger grandson.

In light of this incident, Going Bonkers General Manager Al Swearingen told KOMU 8 that he plans to keep the business open while the wall is fully repaired.

"We will do our best. Absolutely keep it open throughout. If for some reason we do have to close, we'll let people know in advance that we'll have to have it closed", Swearingen said.

Parent Holden Hume, who went to Going Bonkers with his young family after the accident, said he agrees that the business should remain open.

"I think that the way it's set up, it's perfectly fine. Play area's on that side, the accident area's on that side. They've got it blocked off. I think it's fine. It's one of those things...it's unfortunate, it's good that no one got hurt but I think it was a fine decision," Hume said.

Swearingen said at this time he doesn't know when the damage will be fully repaired.