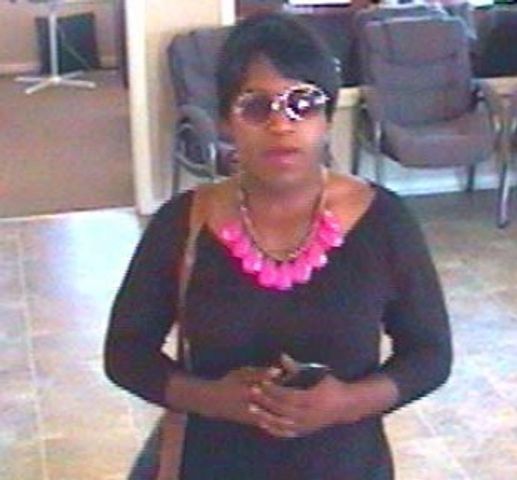 HARRISBURG - The Boone County Sheriff's Department released a video surveillance photo Monday afternoon taken during a morning robbery at Commercial Trust Bank. Sheriff's deputies are looking for a woman who fled the scene in a silver Kia van traveling south on Route J.

Sheriff's deputies and Missouri State Highway Patrol troopers are in the area searching for the vehicle and suspects.

HARRISBURG - Deputies searched Monday for a female robbery suspect in a silver Kia van after the Commercial Trust Company was robbed just after 11:00 a.m.

"A black female entered the bank, displayed a note indicating she had a weapon, and demanded cash," O'Sullivan said. "The teller inside the bank complied with those demands. The suspect was then seen running from the bank." Detective O'Sullivan could not confirm if the weapon was shown to the teller.

O'Sullivan said the silver Kia van had no license plate and was last seen heading south on Route J.

If you have any information about this incident, call Crime Stoppers at 875-TIPS.