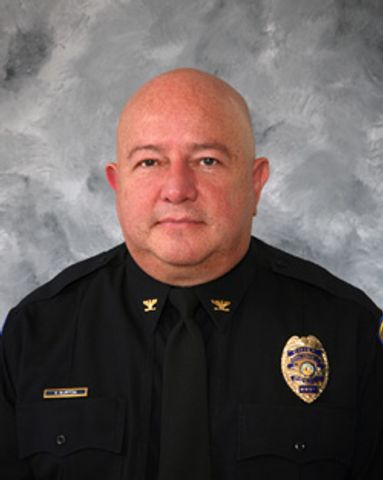 COLUMBIA - The Executive Board for the Missouri Fraternal Order of Police (FOP) unanimously voted to condemn the actions of Columbia Police Chief Kenneth Burton on Wednesday for the wrongful termination of Officer Rob Sanders, among other things. The state FOP President Kevin Ahlbrand said he is hopeful that Burton will be "relieved of his duties" as chief.

This is the first time the executive board of the Mo. FOP held a condemnation vote.

Ashley Cuttle, executive director of the Columbia Police Officer's Association (CPOA), said Burton's actions have been negatively affecting the dynamics of the department and the well-being of the public.

"...Because he's misinforming the public and not giving them the whole story, the whole picture," Cuttle said, "He's also increasing the divide between the public and the officers themselves. We need a positive working relationship between our officers and the community..."

Citizen's Police Review Board member Mitchell Richards said that the CPOA should know when to "pick their battles."

"The CPOA and the Fraternal Order of Police, they advocate for police and they should choose those situations where it's not a clear case of misconduct and there's a clear policy problem," he said. "This is not one of those."

Richards added that he was not expressing the views of the review board.

The FOP Executive Board found that all charges against Sanders were "unfounded" and recommended that "no action" be taken. The recommendations were written up in a 39-page report. Despite reading the report, FOP says Chief Burton wrongfully terminated Sanders.

Chief Burton fired Officer Rob Sanders on Sept. 21, 2011 for use of excessive force after video showed Sanders in a holding cell, forcing a suspect to the ground. The incident occurred August 15. Sanders was then placed on administrative leave on August 24. Sanders had served the Columbia Police Department for 18 years.

Internal affairs cleared Sanders of the incident after an investigation. According to the report following the investigation, there was not enough evidence to show Sanders used excessive force or violated police policy. However, Burton said Sanders did not act within policy and fired him despite the findings of the investigation.

Chief Burton has not made any formal response to the resignation request from the FOP.