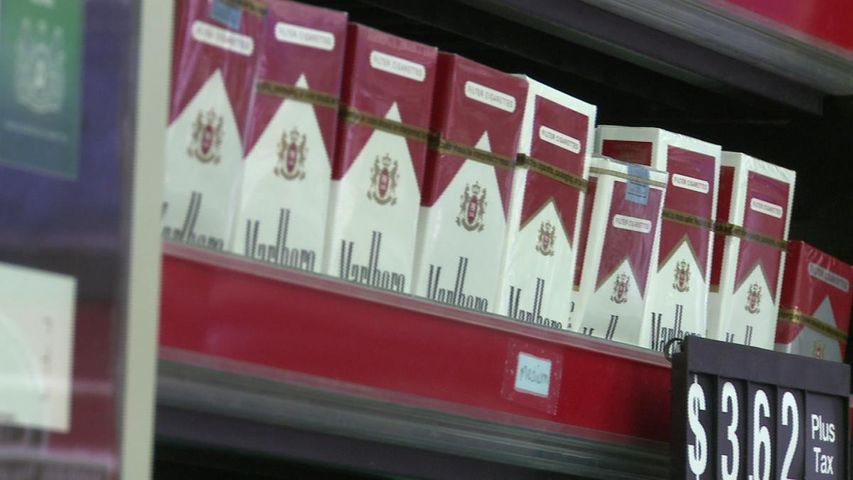 JEFFERSON CITY - Health groups released a report Friday stating that Missouri ranks 46th in funding for tobacco cessation and prevention programs. Missouri remains among the bottom states in funding non smoking programs with the lowest cigarette tax and one of the highest smoking rates. It remains at 17 cent per pack which is significantly lower than the $1.48 per pack average across the U.S.

According to the study, the U.S. Centers of Disease Control and Prevention recommends Missouri spend $73.2 million a year toward tobacco prevention. Missouri only spends about $62,000 on efforts to prevent kids from starting and helping smokers stop.

In November, Missourians voted "no" to Proposition B which was expected to provided more revenue to tobacco cessation and prevention programs. American Heart Association representative Aaron Gresrath said supporters remain hopeful that officials find a way to decrease smoking rates in the next legislative session.

Gresrath is a heart disease survivor and reaches out to state officials to push for smoking prevention efforts.

"As a parent of a high school student and advocate of the American Heart Association, it's alarming that 18.1 percent of Missouri high school students currently use some sort of tobacco and that approximately 8,600 will begin using tobacco this year alone," Gresrath said.

Gresrath said the low tobacco tax isn't the only thing that contributes to the smoking rates.

"Youth in particular get caught up in peer pressure. But I do think when you have a low sales tax it makes it more affordable to purchase. With the increased sales tax I would think it would discourage people from continuing or reducing that habit because it's more expensive," Gresrath said.

According to the American Cancer Society, tobacco use kills more than 9,500 people each year.