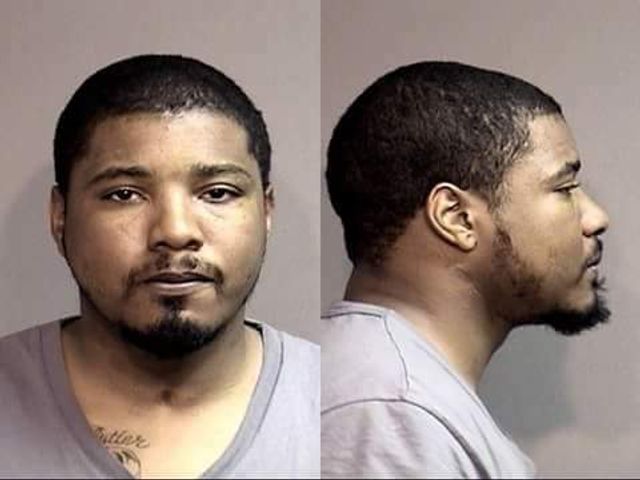 COLUMBIA - UPDATE: The suspect is now in custody and was processed in the Boone County Jail Friday evening.

Police have identified Deangelo Montrez Butler, a 27 year old man from Columbia as the suspect in Friday's shooting on the 1700 block of Stanford Drive. Butler was last seen wearing a red shirt and light colored pants or shorts.

Columbia Police officers responded to a report of shots fired at 12:05 PM. Upon officers’ arrival, they located a female victim with a gunshot wound. The victim was transported by Emergency Medical Services (EMS) to a local hospital for treatment.

KOMU 8 talked to a woman who said she is the victim's daughter. She said her mother is a bondsman that was trying to apprehend Butler.

"The person that was injured is a bounty hunter, who is considered a law enforcement official because she was executing a warrant for his arrest," she said

The victim's daughter said her mother knew about Butler in the past.

"She’s been trying to catch him for awhile and hes been going between residences. I believe he has multiple warrants out."

Columbia Police Department confirmed in a press release that Butler has the following outstanding warrants for his arrest:

CPD Public Information Officer Bryana Larimer said citizens should call with any information they have.

"At this time we definitely encourage anyone that sees suspicious activity or people in their neighborhood to contact law enforcement immediately," she said. "That information then will be directed to the detectives and to our officers that are currently still investigating this circumstance."

Columbia Police is hoping the community can help.

"Columbia Police detectives are asking for the community's assistance in locating Deangelo Montrez Butler. He should be considered armed and dangerous. Citizens should not approach Butler, but contact local law enforcement immediately by dialing 911."