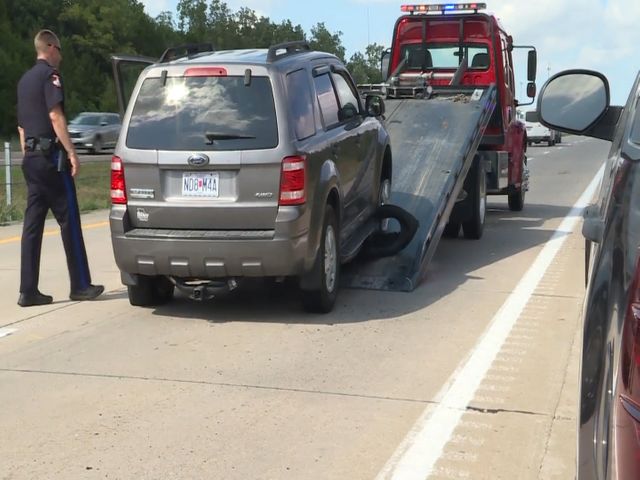 CALLAWAY COUNTY - Police have identified the man who died following a car chase and gunfire exchange near New Bloomfield on Thursday.

Police said Christopher A. Morris, 41, of Jefferson City was the driver who led law enforcement on a chase starting in Cole County and ending in Callaway County. Morris died from a gunshot wound after exchanging shots with law enforcement, but it's not clear if the wound was self-inflicted.

According to a press release, at 2:17 p.m. Jefferson City Police attempted to stop a silver Ford Escape near West Schroeder Way and Broadway. The Ford failed to stop for an emergency vehicle and the pursuit continued over the Missouri River Bridge into Callaway County. Jefferson City Police successfully stopped the vehicle with a tire deflation device.

Kathy Duncan was sitting at home across the street from where the incident happened. She described the sounds as a "tapping noise."

"It looks like everyone took care of it very quickly and I'm thankful for that and there was a lot of people on site to make sure it didn't go any further and that was my big concern, said Duncan."

The vehicle became disabled near New Bloomfield, when the suspect exited the vehicle and began firing at the officers and fled the scene.

Police said rounds fired by Morris hit a Jefferson City patrol car and caused moderate damage. An officer at the scene during the gunfire exchange got an injury to his hand, believed to be from shrapnel.