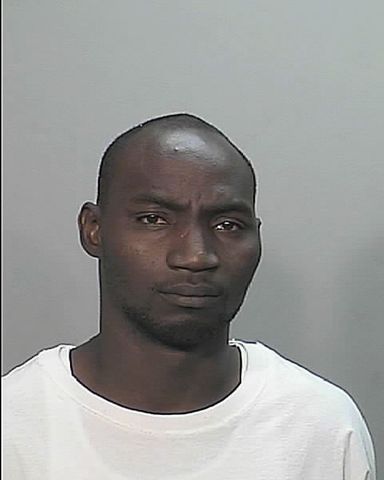 COLUMBIA - The Columbia Police Department submitted a warrant request for Cedric Barnum in relation to shots fired at Albert-Oakland Park and Pool on Monday evening.  Police say the 28-year-old pulled out a gun and fired at a group of people he was yelling at.

Columbia's Joint Communications received several 9-1-1 phone calls in reference to the incident saying approximately 15 people were involved in a verbal argument.  Before the officers got to the scene, several callers reported hearing shots fired in the area.  No one was injured.  One of the bullets hit a parked vehicle.  Police say Barnum got into a vehicle and left the scene.

The Boone County Prosecuting Attorney's Office received the warrant request for unlawful use of a weapon, armed criminal action and first-degree property damage.

If anyone has any information on his whereabouts please contact the Columbia Police Department or Crime Stoppers at 875-TIPS to remain anonymous.

KOMU 8 News reached out to Columbia Parks and Recreation about possible changes to security measures in the pool area. Parks and Recreation said the department currently employs an officer to watch the pool, but it emphasized that the officer is not responsible for the parking lot and surrounding areas in the park.

AUDIO SLIDESHOW: Attendees and an employee of the Oakland Park Aquatic Center react to the recent parking lot shooting.