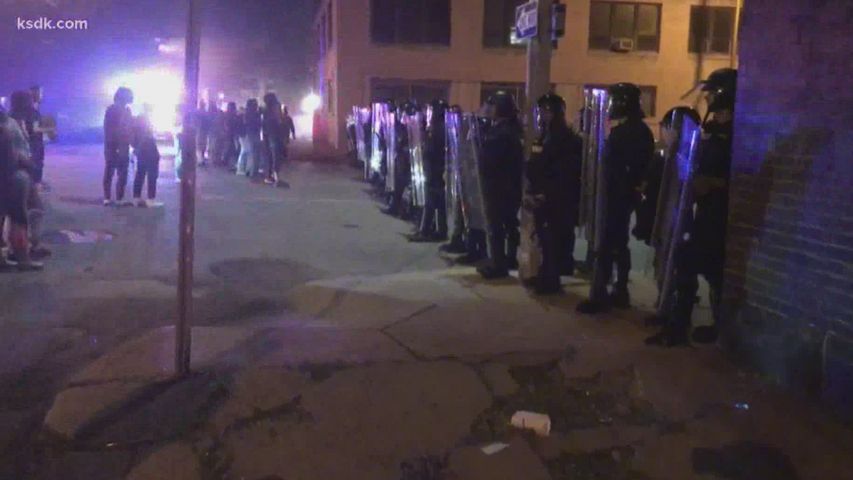 ST. LOUIS — The City of St. Louis is under a curfew starting Tuesday at 9 p.m.

"Last night was a terrible night for St. Louis," Mayor Lyda Krewson said during a press conference Tuesday morning with other city leaders. "This cannot and will not be tolerated."

Krewson said the curfew will be in place until further notice. It will begin at 9 p.m. and continue until 6 a.m. every day.

There will be exceptions to the curfew for people going to and from work and to and from the hospital.

Hayden said all of the officers have been released from the hospital. The department has not yet made any arrests in connection with the shootings.

"Many of the same protesters that our officers protected turned violence against them … even shooting toward them," Public Safety Director Judge Jimmie Edwards said.

Edwards also had this message for criminals: "I will use every available tool to be able to count every freckle on your face until you have been identified and arrested."

St. Louis Prosecuting Attorney Kim Gardner said she will work to uphold the rights of peaceful protesters, asking them to continue to make their voices heard. However, Gardner said those who cause violence will be prosecuted, noting a small group of individuals was responsible for much of it.

"Understand that you will be held responsible to the senseless acts of violence," she said.

St. Louis Fire Department Chief Dennis Jenkerson said about half a dozen buildings were set on fire in addition to several vehicle and dumpster fires.