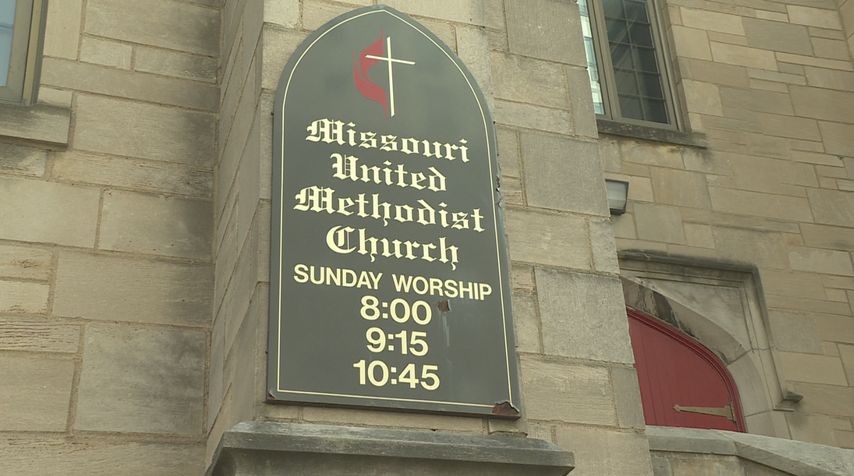 COLUMBIA - Police issued a summons to the man accused of throwing an object through a downtown church window.

Ryan Stipanovich, 20, is facing a misdemeanor citation for first-degree property damage after police said he broke a window at the Missouri United Methodist Church.

Police started the investigation into the property damage after a tweet, posted by Barstool Mizzou account, shows what appears to be someone throwing something at the downtown church.

The post's video shows people on a balcony at an apartment complex on 10th Street. Others comment about breaking a window.

Warning: the video in the tweet contains strong language.

Coach Odom needs to save this man a scholarship ?????? pic.twitter.com/ZdGythBEr4

"Thursday morning we came in to open the building and there was broken glass," said Theressa Gilbreth from the Missouri United Methodist Church.

Gilbreth said the man threw an object. She also said they do not have a repair estimate yet.

"We became aware of it [Thursday] and have evicted all three tenants of that apartment. The subject throwing the object in the video is not a Brookside resident, but we believe is an MU student. We have turned all information over to the Columbia Police Department and would hope those involved are prosecuted to the fullest extent of the law," Cardetti said.

"We just want to make sure that everyone knows we think this is isolated and it's not representative of our community. And we love our neighbors and we're just going to let the police handle it," said Gilberth.

Stipanovich is expected to appear in court on October 2.