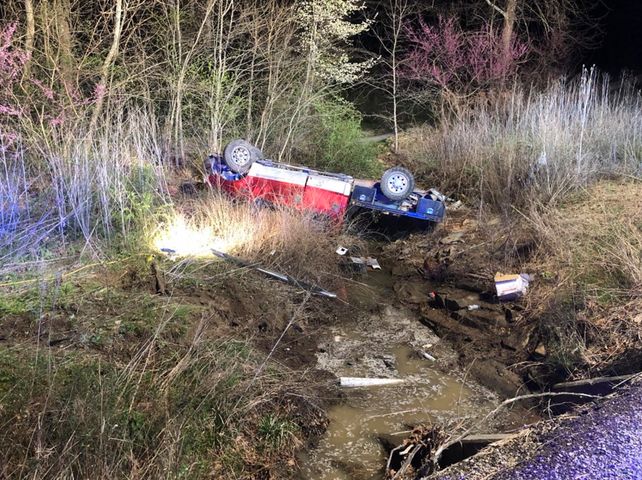 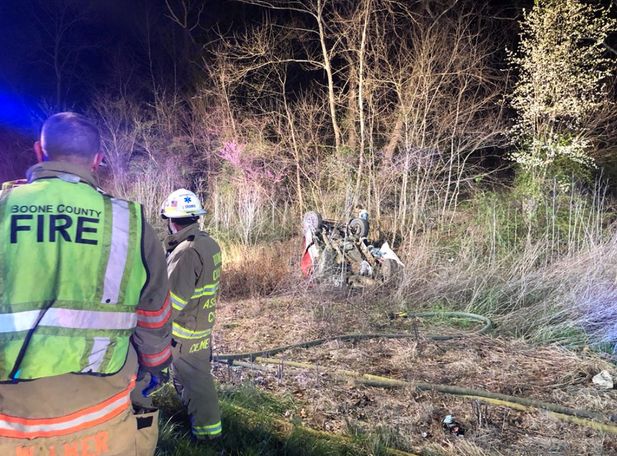 BOONE COUNTY - One man died Friday evening on Highway 124 after he hit a mail box and turned upside down, troopers said.

The Missouri State Highway Patrol said 71-year-old Donald Ross, of Sturgeon, was wearing his seat belt while driving his Ford F250 on the highway near Country Boy Avenue.

"He lost control for some unknown reason and again came across left the right side of the road, said Gale Blomenkamp, assistant chief of the Boone County Fire Department. "He came across the roadway and ended up where he is right now."

Blomenkamp said there was extensive damage to the roof of the vehicle, but first responders were able to remove Ross from it.

"We were able to pop the driver’s side door, cut the seat belt and fairly easily got him out of there. Unfortunately, he was not viable, Blomenkamp said.

(Editor's note: This story has been updated to add information about the victim.)