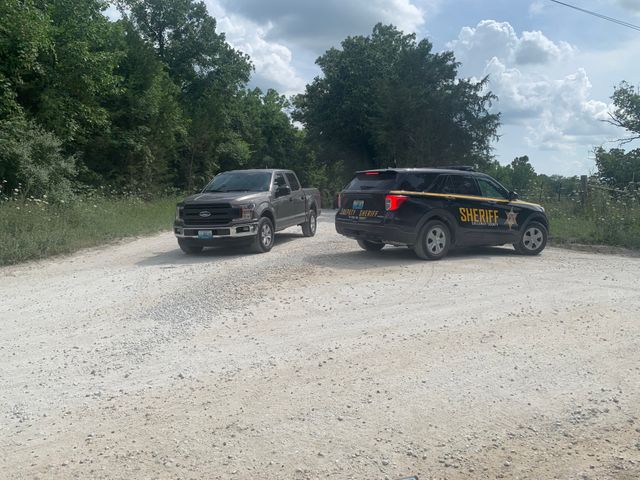 CALLAWAY COUNTY - Deputies have identified the man whose body was found near Millersburg on Thursday as 31-year-old Ervin Hayes of Columbia.

The Callaway County Sheriff's Office said it's looked into dozens of leads, and is getting help from law enforcement in Fulton, Boone County and Columbia, as well as the Missouri State Highway Patrol.

Dozens of family and friends gathered on Friday night to honor his life with a candle light vigil and a balloon release at Douglas Park.

He is remembered as someone who was always willing to lend a hand to help.

""He was a friendly person he always helped everyone liked you can see now, if you needed it he would make a way for it," said Nakisha Hayes, Hayes' cousin.

Anyone with information concerning the investigation is encouraged to contact Callaway County Crimestopper’s.  Tips may be submitted online at callawaysheriff.org/crime-stoppers or by calling 573-592-2474. Tips can be made anonymously.

A body found along a Callaway county roadway Thursday is under investigation as a homicide.

The victim is believed to be a Columbia resident, but no other identification information is available to the public at this time.

Around 3 p.m. Thursday, a KOMU 8 reporter on the scene saw at least eight law enforcement cars on site.

The Callaway County Sheriff's Office asks that anyone who knows anything about the homicide contact Callaway County Crimestopper's at callawaysheriff.org/crime-stoppers or by calling (573) 592-2474.