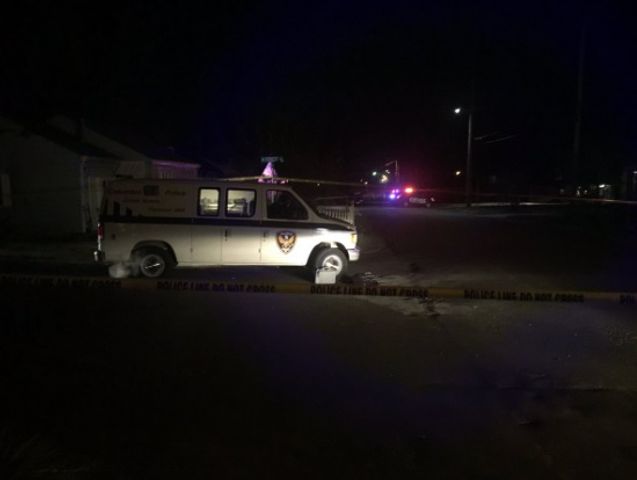 COLUMBIA - One woman is dead after she was shot Tuesday night in Columbia.

Shamya Brimmage, 25, died at a hospital after she and another woman were brought in with gunshout wounds, according to the Columbia Police Department. The condition of the other victim is still not known.

Officers first responded to the area around 5:45 p.m. after Boone County Joint Communications received multiple reports of shots heard. When they arrived on the scene, officers found shell casings on Madison Street. Police also discovered a home struck by gunfire in the 500 block of Jackson Street.

According to Larimer, later Tuesday at 10:10 p.m., more 911 calls came in reporting shots heard in the same block of Madison Street they responded to earlier. Officers found two women in their early 20s with gunshot wounds inside a home in the area.

Officers are taking pictures of the scene on Madison Street. @KOMUnews pic.twitter.com/Mta2frAPbX

Officers administered first aid to the victims, and then an ambulance brought them to a local hospital.

CPD said one or more suspects shot at the home, sending bullets through the walls and injuring the women.

Officers closed a half-block of West Forest Avenue and about a block of Madison Street. The Columbia Forensic Unit also came to the scene. The Criminal Investigations Division took over the investigation.

The scene here on Madison St. is very active, but the neighborhood around it is dark and very quiet pic.twitter.com/mC9CWtbYWU

Larimer said all initial information suggested the two incidents at the home were related.

KOMU 8 News was live Tuesday just before midnight with a look at what was happening:

[Editor's note: This story has been updated to include additional context and clarify the location of the incidents.]

Employers are adapting their hiring processes due to the pandemic
COLUMBIA —American Outdoor Brands partnered up with The Job Center Staffing in order to make applying for jobs accessible during... More >>
1 day ago Friday, August 07 2020 Aug 7, 2020 Friday, August 07, 2020 4:01:00 PM CDT August 07, 2020 in News
Share:
Email
Facebook
Twitter
Next Page