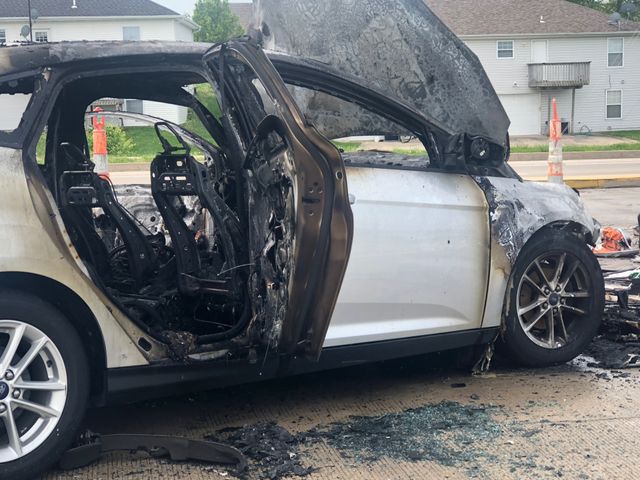 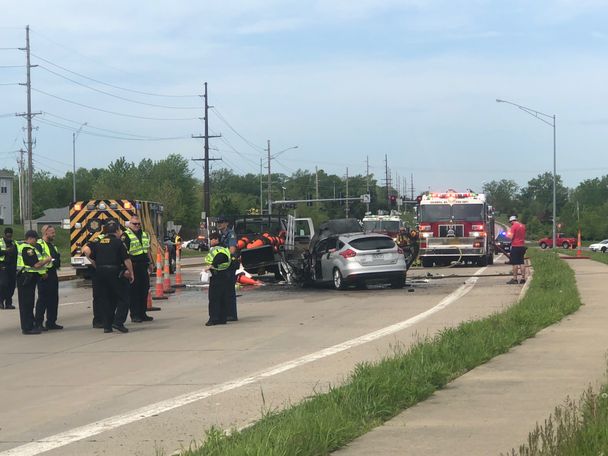 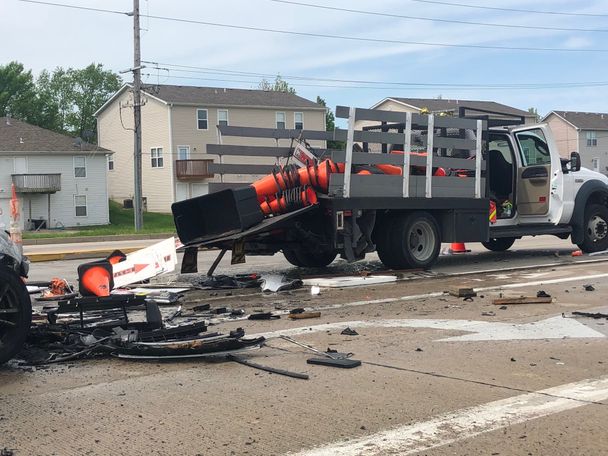 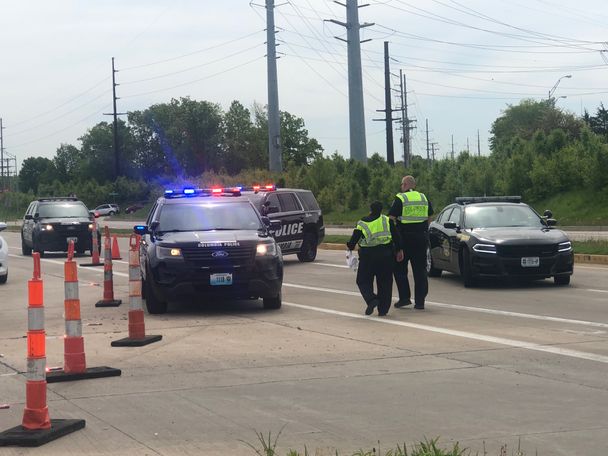 According to Columbia police, a truck was being used to pick up traffic cones following the bike race portion of Trizou and was stopped in the outside lane on Grindstone Parkway near Old Highway 63. It was also being escorted by a CPD vehicle with its flashing lights turned on.

Two pedestrians, 33-year-old Randall Siddens and 22-year-old Robin Greener, were helping pick up the cones when a silver Ford Focus hit them and then rear-ended the truck. The Ford Focus then caught fire.

23-year-old Regine McCracken was driving that vehicle. She was wearing her seatbelt and had minor injuries.

The truck was owned by Ultramax Event Services.

The company asked for support for the injured employees on their Facebook page:

One person was on the ground when the first unit arrived. Two people were taken to the hospital.

At the time of the race, the far left lane was the only lane open for drivers.

Police are still investigating what caused the crash. Harrell said the investigation will take three to four days.

The Columbia Police Department is asking anyone with information related to the crash to call them at 573-874-7652 or CrimeStoppers at 573-875-TIPS to remain anonymous.