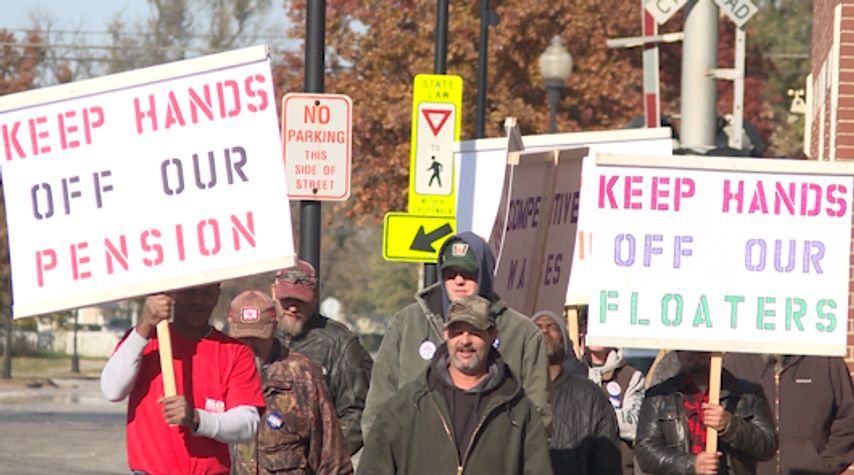 CENTRALIA - A vote on ratifying a contract for workers at Hubbell Power Systems has been set for Saturday.

Several Hubbell employees took to the sidewalks during an "informational picket" Thursday afternoon.

Picketers chanted and held signs reading 'hands off our pensions,' and 'competitive wages.' One sign they held read 'just practicing.'

Employee and IUE-CWA union officer Jessie Montgomery said that sign signals that, for now, the protest is just informational.

"We're just practicing," he said. "Just in case we have to go on strike."

The union is currently in negotiations with Hubbell over contracts. Montgomery said union members feel that they are overworked and underpaid.

"We have worked 19 days in a row and got two days off," he said. "We're wanting better wages, better insurance, better healthcare, better pension."

Company spokeswoman Alicia DiGennaro confirmed in a statement that the company is in negotiations with the union at the Centralia location.

"We do not discuss ongoing negotiations, but we are working closely with union leaders to come to an agreement," the statement read.