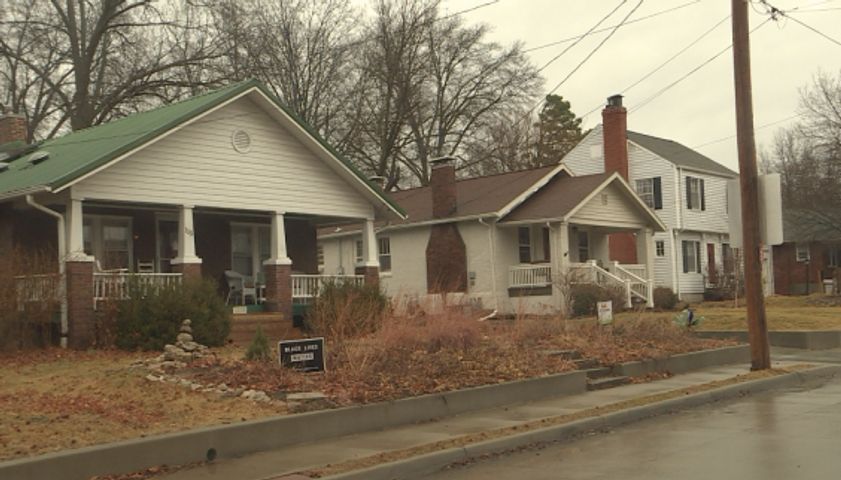 COLUMBIA - The city council approved a petition to downzone properties in the West-Ash neighborhood Monday night, marking the end of a nearly 7-month long process.

"We had a 6-1 vote to approve our downzoning application," said Christine Gardener, the petition organizer. "I feel pretty happy about that and I think all the neighbors do too"

Downzoning is the process of reducing the zoning classification of a property.

"It was really recommended as the only legal opportunity that we had to save the character of our homes and neighborhoods," Gardener said.

West-Ash residents said they chose to downzone to reduce the number of duplexes, apartments and other multi-family properties in their neighborhood.

One resident, Carol Rodgers, said larger properties are typically "only good for students."

"Housing in this area needs to remain geared towards families and elders," Rodgers said. "You want [properties] that are multi-use so that all kinds of people can live in the neighborhood. That's what makes a neighborhood vibrant."

Owners of 38 parcels of land in West-Ash officially changed the zoning of their lots from R-2 and R-3, which allows for multifamily occupation like duplexes, to R-1, which only allows for single-family residency.

"I think R-1 is a protection for people who love our whole neighborhood and love the character of it," Rodgers said "I think often in our city and a lot of cities the developers have the power and I think R-1 evens that out."

Second-Ward Councilman Michael Trapp said the council approved the downzoning petition in hopes the residents will feel more comfortable in their neighborhoods.

"The majority thought this was a reasonable request from these 38 property owners," he said. "It may encourage people to invest more in their homes because they have this safe guard that there's not going to be a large apartment building looming over them."