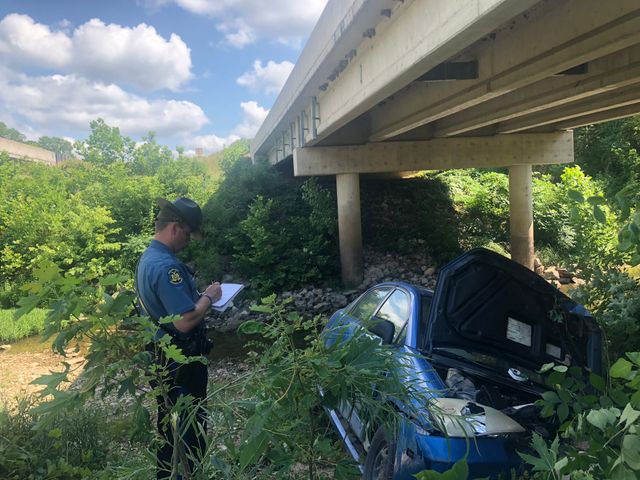 COLUMBIA - The woman who crashed her car into Silver Fork Creek on Wednesday afternoon died following the crash.

The University Hospital confirmed on Friday that Lindsey Levett, 33, died after the crash northbound on U.S. Highway 63.

Missouri Highway Patrol Trooper Matthew Mistler said Levett was traveling northbound on U.S. Highway 63 near N. Lipscomb Dr. on Wednesday when she collided into the median, went airborne and crashed into the creek below.

Bystander Terry Phelps was driving southbound on 63 when the crash happened. He stopped to make sure Levett was okay after some of the debris from her car hit his hood and windshield.

"That was the craziest thing I ever saw, looking up underneath the car as it ramped between the bridges," Phelps said.

He said another driver who was behind Levett called 911 after the accident.

Trooper Mistler said Levett was the only person in the car. The fire department told him she suffered a head injury, a broken leg and other injuries to her left side and then was transported to University Hospital. He said he didn't know if she was wearing a seatbelt.