UPDATED: 1 airlifted, several others injured in roll-over crash on U.S. 63 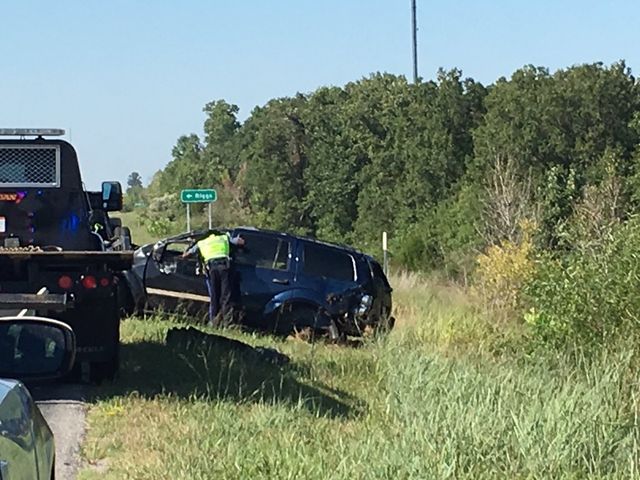 BOONE COUNTY - A toddler and mother were thrown from a car and two other people were hurt in a single-vehicle roll-over crash on northbound Highway 63 near Breedlove Drive, according to Missouri State Highway Patrol.

The driver, the elder Robinson, was airlifted by a helicopter from the scene.  The elder Robinson and Monroe were not wearing seatbelts.   Robinson Jr. , Monroe and Bufford were taken to a hospital by ambulance, MSHP said.

The car involved in the crash rolled off the road into a ditch.

"As of right now we believe the vehicle went off the left side of the highway, drove through the median for a little bit, and came back onto the roadway and then started overturning," said Trooper Brandon Harris of the Missouri State Highway Patrol. The Car "left the road again on the right side and continued to overturn into the ditch."

On the scene authorities told KOMU 8 News there were two males, a female and toddler in the car.

The identities, however, and injuries of the people involved in the crash have not yet been released.