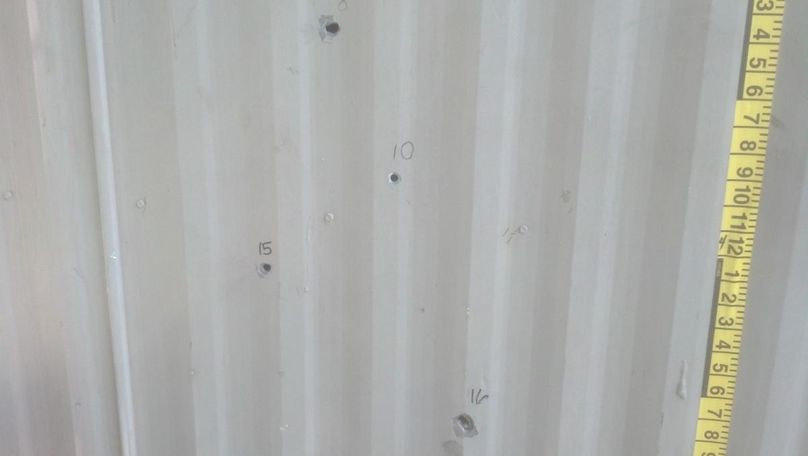 FULTON - Officers from the Missouri State Highway Patrol and Callaway County Sheriff's Office responded to a call around 6 a.m. Monday about a disturbance at the Green Meadows Trailer Parker near Fulton. The initial report stated that 34-year-old Timothy Simpson was inside the trailer park firing a weapon into the air.

After authorities arrived they located Simpson, a Williamsburg resident. Deputies said Simpson had a gun and first pointed it at himself and then pointed the gun in their direction.

Deputies fired shots, killing Simpson. Neighbors claim they heard eight to nine shots. There are dozens of bullet holes in a nearby house.

The Callaway County's Sheriffs Department is holding a news conference this morning.

KOMU will bring you updates has we get them.