US Marine Searches for Shirts from Operations Around the World 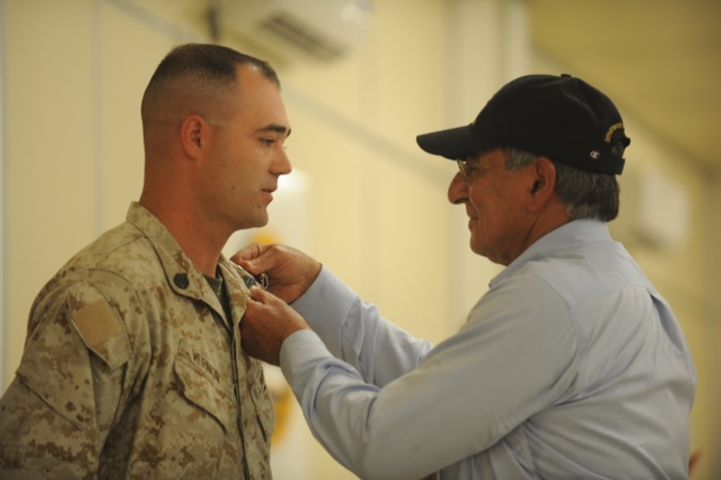 FORT LEONARD WOOD - A U.S. Marine based at Fort Leonard Wood has lost shirts he collected while serving around the globe.

Staff Sergeant Shawn Vernon collected shirts from 24 countries over 17 years of service in the Marines.

"I collected them all, and I'm getting ready to retire this year," Vernon said. "I was starting to move stuff back to Texas, and in the course of that move, that's the one box that fell off the back of the truck."

The Purple Heart recipient said he realized the shirts were missing in Oklahoma, so they could have fallen off anywhere between Fort Leonard Wood and Durant, Oklahoma. He posted about the missing shirts on Facebook, and says the post has gone viral. He also contacted Oklahoma Department of Public Safety asking for help. He says he has no viable leads so far.

"I've had a few that are more or less just fishing attempts of people trying to get me to send them money," Vernon said. "I offered a reward because they're really irreplaceable."

Vernon has been searching for almost two months and still hopes to find the shirts.

"It would mean a lot to me because then whenever I'm retired, I can wear those and kind of sow where I've been and the tings that I've done throughout my career in the Marine Corps," Vernon said.