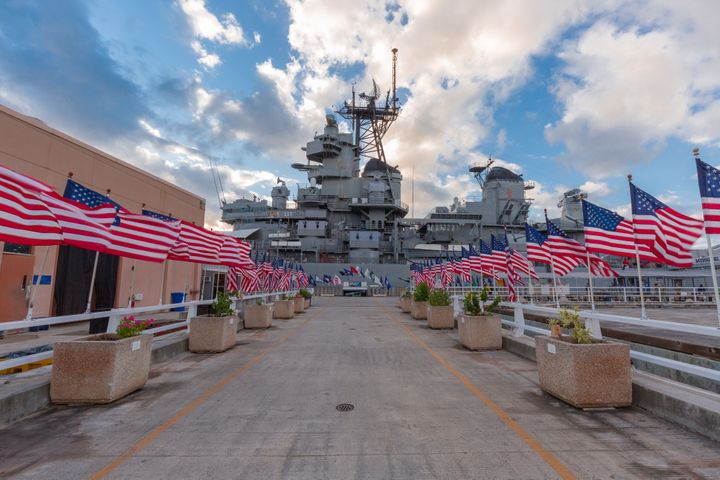 JEFFERSON CITY - President and Chief Executive Officer of Battleship Missouri Memorial Michael Carr is traveling the state of Missouri this week to raise awareness about the upcoming 20-year anniversary of the USS Missouri being open to the public.

Carr said he met with Gov. Mike Parson and Lt. Gov. Mike Kehoe during their media tour of Missouri Monday.

“We had a great meeting with he as well as lieutenant governor Kehoe and they have pledged to do what they can to help support our fundraising,” Carr said. “We’re trying to encourage them to come back in January of 2019 because in addition to our living history day, the submarine Missouri, which is an active duty ship, is now home-ported in Pearl Harbor.”

The USS Missouri was the last battleship to ever be commissioned by the United States. The battleship is now decommissioned and sits in Pearl Harbor.

Carr is touring the state of Missouri to promote the 20th year the USS Missouri has served the public as a museum.

“We intend on having a big ceremony in January to honor that event, and that will be the beginning of a series of events that will culminate in 2020,” Carr said.

The historic battleship is stationed in Hawaii, but it holds the name of the state of Missouri.

“Even though this ship is 4,000 miles away, it’s still part of the history of Missouri and it’s part of the kind of values and support of the military, and support of our veterans, that are, I think, central to the core values of this state,” Carr said.

“I would say the biggest things the military has taught me are loyalty and selfless service, as in I will put the welfare of the nation, the mission, and fellow soldier before my own,” Heath said.

Carr said the teak deck of the USS Missouri is being restored, revealing original pieces of the old deck.

“We find some pieces of original deck, not a lot, but some, and we use those pieces to give away as gifts or to honor special people in our organization,” Carr said. He also said the military takes pieces of the original teak deck as well for some of them for occasions.

Although pieces of the original deck are being given away, Carr said you cannot purchase them just yet. He said the organization has plans to use the original teak deck pieces in the future, though.

“You know, we're not really public yet on our plan to raise the funds that this will be attached to, but it's coming soon, so please, stay tuned,” Carr said.