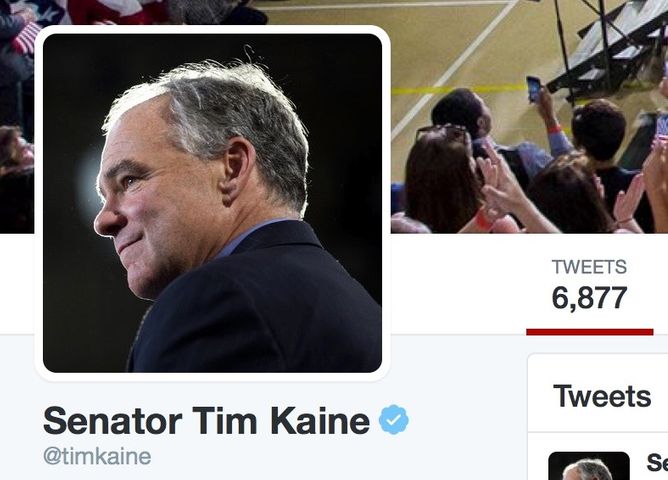 COLUMBIA - Vice Presidential hopeful Tim Kaine tweeted Tuesday that, if elected, he would reinstate the Border War between Missouri and Kansas.

Yes, this Kansas-raised, Mizzou-educated VP candidate will broker a deal to reinstate the Border War! https://t.co/Wd0fpMFbro

Kaine was born in Kansas, but attended MU for his undergraduate degree. Some people said he would be the perfect person to bring back the Border War, but other people questioned his alliance to both states.

.@timkaine @KCStar Where you'll be rooting for the Jayhawks? Or will you do the thing where you cut 2 jerseys in half and sew them together?

The annual football game nicknamed the Border War began in 1907 and ended in 2012, when Mizzou left the Big 12 Conference for the Southeastern Conference. People on Twitter had concerns about the difficulty of getting the game reinstated.

@timkaine @KCStar Senator, I'd suggest you start with something simpler. Get back to us after you get North and South Korea together

Even Gov. Jay Nixon chimed in on the issue.

Thank you, @timkaine - Next VP not afraid of solving tough problems. @MizzouAthletics & #MizzouMade fans thank you in advance for the W's

Despite the concerns, the majority of the people responding to Kaine's tweet seemed in favor of MU and KU playing again.