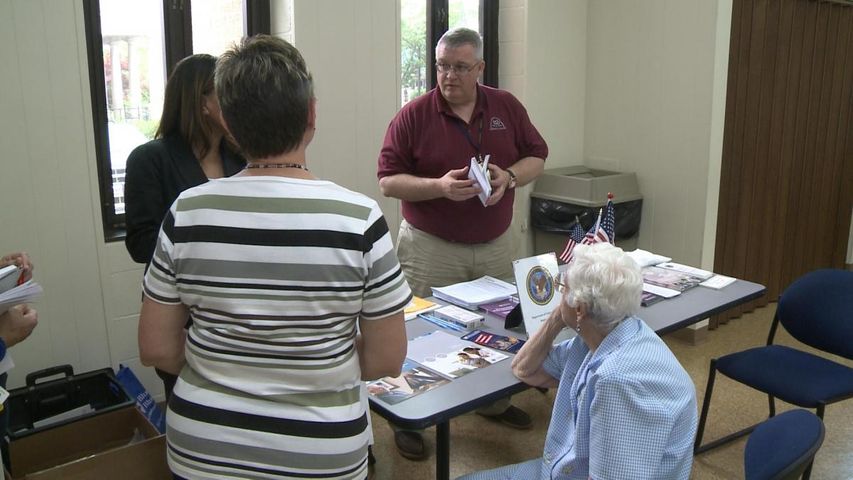 With almost 600,000 claims on backlog, this workshop was designed so veterans could know exactly what they needed to bring in for whatever disability they were claiming. U.S. Representative Blaine Luektmeyer spoke to the veterans at the workshop, and said that it is not right that they have to wait to receive their benefits.

"They need to be able to have access to their benefits that they have earned. They've served their country, they've paid their time, done their duty, and now we owe to them," he said.

VA Representative Robert Hadden said there are a couple of reasons claims are backed up. First, getting the claim to the appropriate doctor and then back to the VA takes about 60 days, after which it still needs to be approved. Also, the VA said that a majority of veterans file a claim that is not related to the time they served during the war.

"We need to see proof of injury during service, something wrong with them now, and then a relationship between the two," he said.

If a claim is approved, the VA grants money based on a percentage scale, with the percentages going up the more severe the disability is. For example, a bad case of Post Traumatic Stress Disorder could potentially get up to 100%, which is the equivalent to about $3,000.