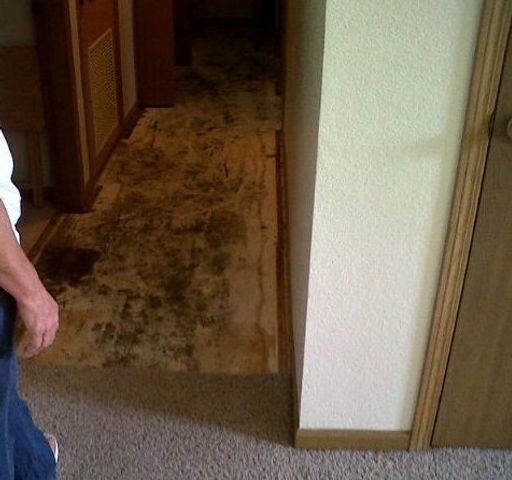 VERSAILLES - Tena McCormick's son is now living in a hotel because the carpet floor of his apartment was soaked with sewage last week and is getting cleaned Tuesday. McCormick's son, Ryan, has a weak immune system which makes him more susceptible to disease. McCormick said the sewage sat for more than 72 hours and is life threatening to her son.

Denise Spotila, who provides care to the disabled who live in Ryan McCormick's building, said she contacted Action Management to take care of the situation and they have not done so in a timely fashion. The sewage backed up Wednesday evening, and the pipe was fixed by Thursday night. Action Management sent in a cleaning company on Friday, but both Spotila and McCormick said their cleaning job was unsatisfactory.

Three others apartments in the building were affected the same way. Spotila is paying for McCormick's son and three other residents to stay in a hotel until the apartments are, in her opinion, livable again.

A.C. Lasher, the owner of Action Management, said the team that originally did the job, told him the apartment was clean last week. However, after complaints from Spotila, Lasher sent another cleaning crew back Tuesday to finish the job. He said he feels his company has gone above and beyond to fix the problem.