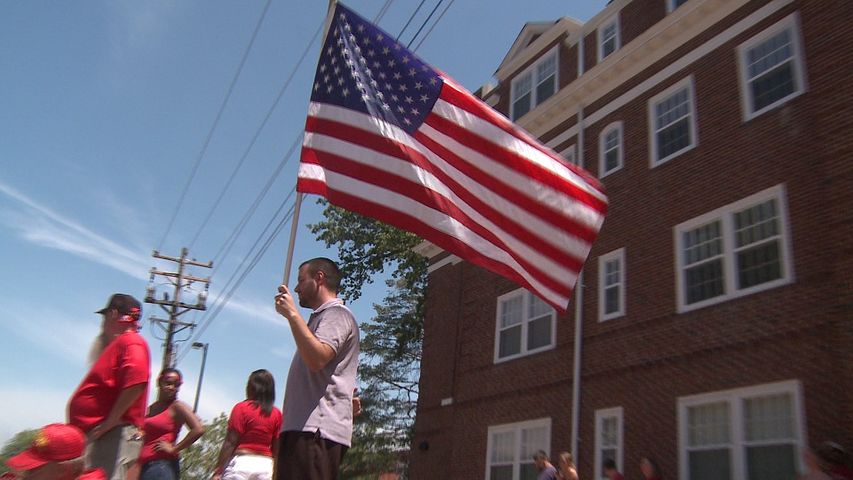 COLUMBIA - Thousands lined the streets Saturday to honor 21-year-old Army Specialist Sterling Wyatt. Wyatt was killed by an improvised explosive device, or IED, while on patrol in Afghanistan on July 11. People gathered outside the First Baptist Church and Wyatt's final resting place -- Memorial Park Cemetery -- to pay their respects.  All gathering to honor the fallen soldier. One veteran, Chris Yllescas, was also there to honor his brother. Army Capt. Robert J. Yllescas was an Army Ranger.

"This is the flag my brother flew in Iraq. I lost him in 2008 in Afghanistan," said Chris Yllescas. "He was a major hero. He was the real deal."

Robert Yllescas died on Dec. 1, 2008 of wounds suffered on Oct. 28 when an IED went off near his unit at Combat Outpost Keating, Afghanistan.

Chris Yllescas will only fly the flag on special occasions. Robert gave his brother the flag that once flew on his tank in Iraq after Chris gave Robert a flag he flew while serving in Kuwait in 2001. Chris was also in the Army.

Chris Yllescas said he was glad so many people came out to honor Wyatt.

"I'm just grateful that there are so many people out here that still support our military," said Yllescas. "You don't see that much in the media. And for me to come out here and see it for myself, it makes me feel good."

Like the community that lost a hero in Sterling Wyatt, Yllecas continues without his own hero.  But he will continue to honor his brother, Wyatt, and other fallen heroes.

"There were a lot of people that were riding for my brother and my family. So [I'm here] to payback a little bit at least," said Yllescas.