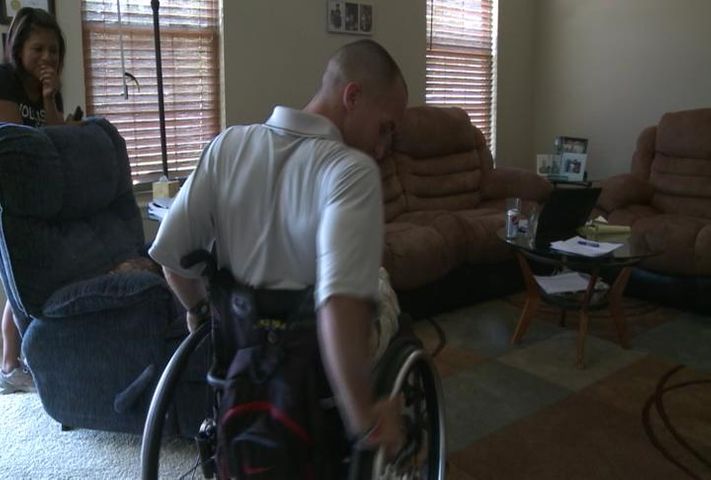 But the Jefferson City community has banded together to help Huffman and his family by raising money to build a new smart home for him in Jefferson City. The new home will have features such as lower cabinets, a heated driveway for snow in the winter, and wider door frames.

Said Huffman, "The new home with the smart technology and the open space, it'll make our lives so much better...a lot easier to get around, a lot easier on me"

To help raise money, actor Gary Sinise and his Lt. Dan Band are holding a benefit concert in Jefferson City on July 27. Tickets are $30 for general admission and $100 for VIP admission. General admission includes lawn seating while VIP ticket holders have access to seating and a pre-concert reception.

Chris Kuban, director of media relations for the Stephen Siller Tunnel to Towers Foundation, called the concert "A patriotic Woodstock" and thanked the community for all the support they have given, but added they just need a little more support.

People can buy tickets online, at Central Bank locations in Mid-Missouri, or at Samuel's Tuxedo in Jefferson City.

The goal is to have Huffman moved into the smart home by Veterans Day.

More information on Huffman and other veterans can be found at Building for America's Bravest's website.